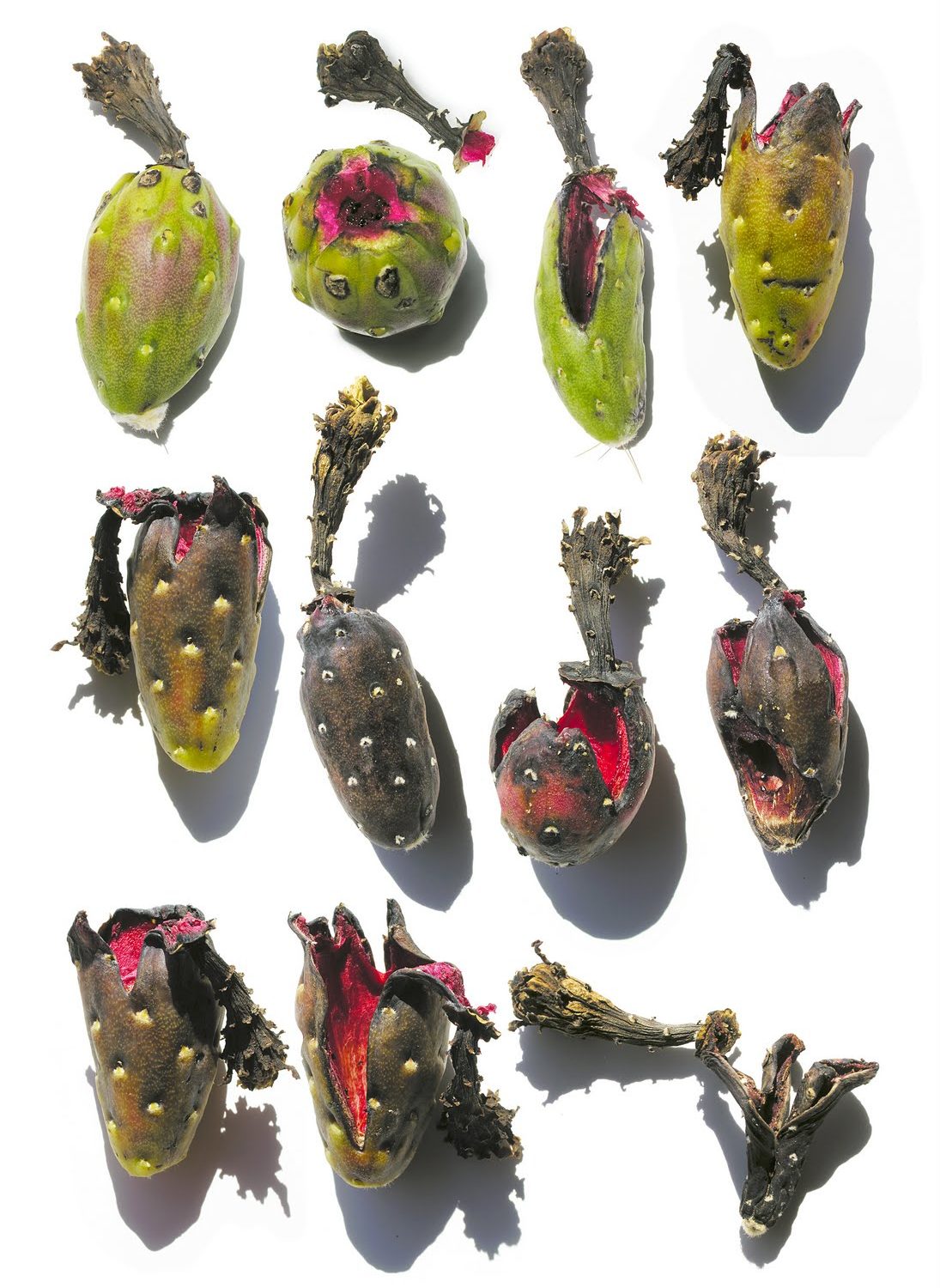 It’s neither. It’s an obsessive-compulsive collection of saguaro fruits I found on the ground around the Desert Lab. They were deteriorating rapidly in the heat and rotting beautifully after the first rains. I photographed them in the sunlight on white cardboard so I could draw them later.

After drawing a few, I became more and more interested in the shapes and forms saguaro fruits take as they degenerate, ferment, and dry up after they fall from the parent cactus.

Drawing does that. It creates a heightened awareness of things that are not important to the calculating mind. None of this is of much interest to a biologist, I’m sure. But to me the forms are worth investigating, even beautiful in themselves. One notices the shapes and the details, the lighting and the variations between each.

Note that I will return these to the ground near where I found them. This is a preserve after all and rodents, javelina, and other mammals eat the fallen fruit. But I have to admit I ate one of the ripe ones. Just one. I’m a mammal too. I usually eat what I draw if I can.

When looked for my collection a day later to see how it dries out, it was gone.