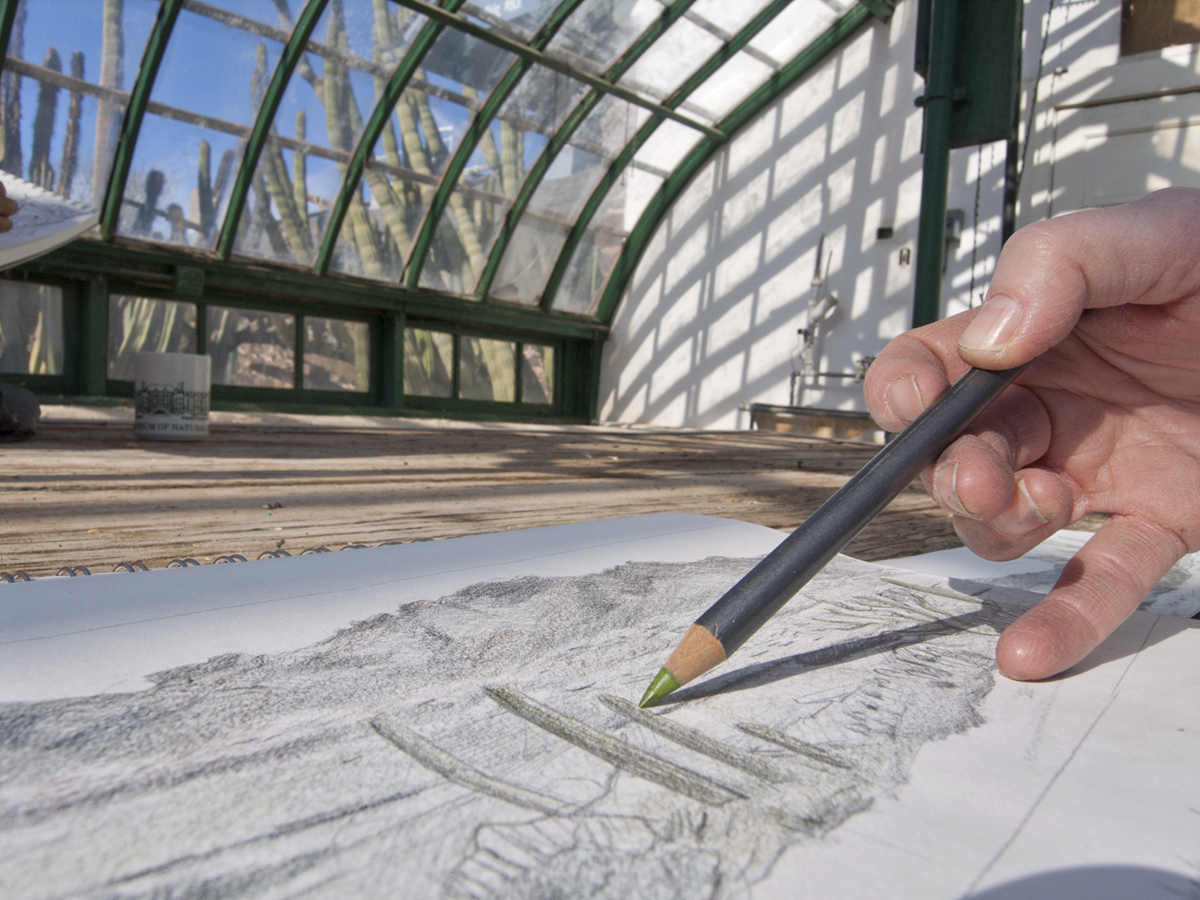 ?Milton Glaser, from Drawing is Thinking.

As in some of the other books by designer Milton Glaser, like Art is Work, you only have to read the title. You can browse through the book to get examples and an elaboration on the idea behind the book, but the title says it all.

The title of Glaser’s book, containing his own drawings, is actually a reference to the work of Frank Wilson, a neurologist who works with musician who had damaged hands, among other things. Frank Wilson’s book, The Hand: How Its Use Shapes the Brain, Language, and Human Culture starts with an idea from Charles Bell, who wreote in 1833:

The human hand is so beautifully formed, its actions are so powerful, so free and yet so delicate that there is no thought of its complexity as an instrument; we use it as we draw our breath, unconsciously.

Wilson updates Bell’s idea with modern science and goes on to give examples of how the hand and it’s ability to manipulate objects is intimately tied up with human thinking, feeling, and consciousness. Wilson theorizes that the evolutionary development of the hand in our distant ancestors drove and shaped the evolution of the Homo sapiens unusually large brain. It’s true that the opposable thumb appears in the fossil record before the cranial bones that create the brain-box start to become larger.

We think with our hands, in other words. The centers in the brain that process mathematics and abstract thinking are close to the motor maps for the fingers. It may be that it all began with counting on one’s fingers.

Glaser’s book adds drawing to the list of musicians, jugglers, surgeons, puppeteers, and car mechanics that Wilson interviewed about what they do with their hands.

Most people think of drawing as something an artist does as a basis or study for a painting, or a more finished piece of art that you will hang on a wall. Along with this comes the notion that drawing is something that only artists do, only people born with a certain talent can draw.

The truth is that drawing is more like a kind of meditation, a way or seeing with understanding. It’s a kind of thinking that is as important to learn as reading, writing, or arithmetic. Drawing combines many functions together, some subconscious, intuitive, and emotional, others are highly rational and analytical. In fact, to many artists who use drawing from life as a practice, the final result is not important. What is important is developing attention. It’s an end in itself.

Drawing develops the creative mind. In a sense it is like learning to read; by drawing one can learn to “read” a landscape. It takes time to pay attention like this. A drawing may take 5 minutes, or three hours to do on site.

It’s a lot like listening to another person, a friend. You pay attention, discarding your pre-existing ideas, until they are finished speaking. It’s simple, but not easy. One must study a landscape as though listening with the eyes, as if the scene itself had the ability to speak.

The process? can not can be explained completely. You have to draw until you see the difference between just noticing something, and perceiving it in a deep way. By the way, after drawing it, you will also start to notice more and more.

Any brain is wired to do this from birth, but it only learns by doing. Even Michelangelo had to start with some pretty poor examples that he probably threw away and kept on drawing. I don’t know if this is true, but there is a story that, on his deathbed, Michelangelo said to his apprentice, “Draw, Antonio, draw and don’t waste time.”

As Glaser states in his book, “What is most compelling to me about the act of drawing is that you become aware, or conscious of, what you are looking at only through the mechanism of trying to draw it.

2 thoughts on “Drawing is Thinking”