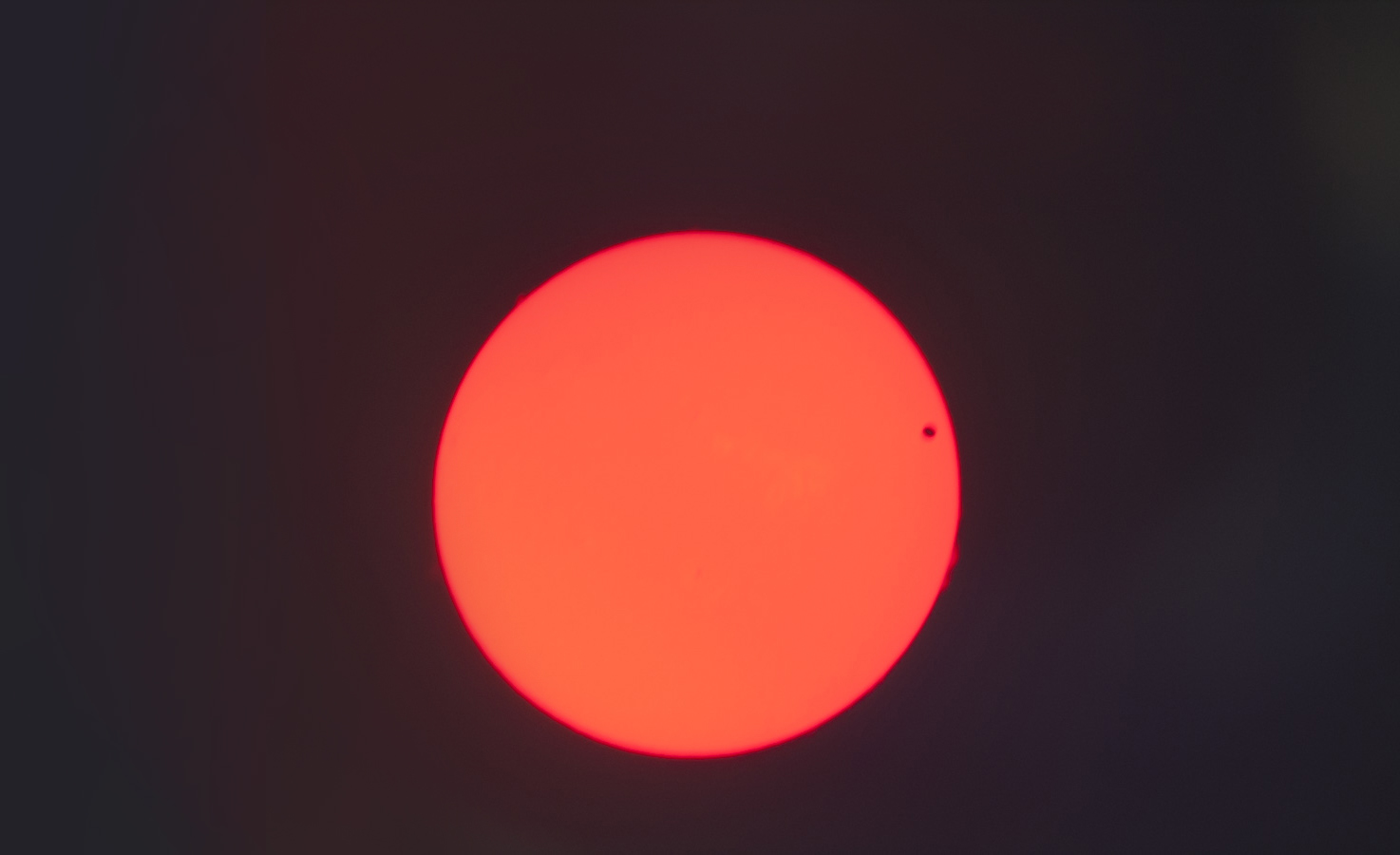 Two images I made today: a blacktail rattlesnake scanned while under sedation in the Matt Goode lab, Venus transiting the sun through the telescope set up by the College of Science in the Desert Lab parking lot;? and a few lines from Walt Whitman that I came across. Not that they go together in any specific way, except that they all happened on the same day.

Several hundred walkers lined up to view the transit of Venus. Afterward, the astronomer in charge of the telescope told me how beautiful the final moments were as the sun, still eclipsed by the tiny planet Venus, went down behind the Tucson mountains, silhouetting the mountains and the distant saguaros growing on top. I didn’t see it, but it was sufficient the way he described it, like a poem.

Curiously, I saw a small diamondback cross the busy parking lot just as the astronomer was packing up his telescope after sunset. Only one other person saw the snake and we watched it dissapear into the brush by my building.

“…the true idea of Nature, long absent, must above all become fully restored, enlarged, and must furnish the pervading atmosphere to poems… I do not mean the smooth walks, trimmed hedges, poseys and nightengales of the English poets, but the whole orb, with its geologic history, the kosmos, carrying fire and snow, that rolls through the illimitable areas, light as a feather, though weighing billions of tons.“

One thought on “Unrelated Things”