NO PART OF TUMAMOC is unknown to Ray Turner. So on two Sunday afternoons in late January and early February, Ray led a group of artists and poets on a search for historic Spalding Plots 7 and 8. These plots, set up in 1906 are part of the early history of ecology. At the turn of the century many botanists began to put their boots on to walk outside and look at plants in their natural environment instead of limiting themselves to classifications based on dried plants in herbaria. The Carnegie Desert Botanical Lab on Tumamoc was one of the pivotal places where this “new botany” was being tried out in practice. And it was the first laboratory in the world dedicated to the study of deserts.

There were several mule deer already in plot 7. An animal trail went through one corner of the plot and there were deer-sized sleeping wallows nearby. Lots of deer scat? they were living there there in plot 8! Early Desert Lab ecologists Volney Spalding and Forrest Shreve who set up and began to monitor these plots considered humans and domestic animals an intrusion. Desert animals like rodents and deer, however, were part of the equation as far as changes in plant associations were concerned.

I filed for a Tumamoc research permit so we could go into the back country in the saguaro study area north of the Desert Lab and do some artistic work. Spalding plots 7, 8 and 9 are within the larger saguaro plot. My idea is to use these 10 x 10 meter quadrats as a basis for some landscape drawings. I am also encouraging others to do their own work there. We are not to enter the plots themselves, but can go up to the edge and look over.

In addition to artwork, I’d love to see people write poems about these spots. To me, it adds to the data collected by several generations of scientists who have monitored these plots since 1906. Overall, each new contribution, whether scientific or artistic in intention,? is like a part of a puzzle of infinite pieces which, as a totality, becomes our collective picture of a place. Put many of those together and we start to see a larger image in out mind’s eye of the world that we inhabit. That’s my broad definition of cosmology.

[A few pages from Volney Spalding’s notebooks are relevant here. Spalding marked out each plot to represent a different aspect of the Hill like elevation, soil type, and direction it’s facing. yet chosen at random within that range.

It bears repeating that these plots were chosen at random, not for their scenic value, so that no subjective viewpoints would muddy up the data. Although not exactly boring, they are. at first sight, not exactly remarkable either. It’s hard to imagine Ansel Adams coming out here to do dramatic landscape photographs. Yet he might have done so if he had come out to Tumamoc. And That is precisely what interests me. To take a randomly chosen plot of ground and see what can be found there. Most likely: beauty.

In his notbook, Spalding? first made a list of plant species he found in the plot. Then he made detailed drawings in the field marking the location of each perennial plant with a dot on graph paper that corresponded to the 10 x 10 meter square.? To do this accurately, he drove a nail into the ground at 1 meter intervals along the perimeter. By running string across these nails, one had a one meter grid over the entire plot. Using a meter stick, the locations and identity of the plant could be accurately recorded.

Of course, it’s obvious that Spalding himself was an intruder in those plots. It could not be avoided. The researcher changed the environment by the act of recording it. Partly for this reason, Forrest Shreve later decided to survey the plots only every 10 years or so. 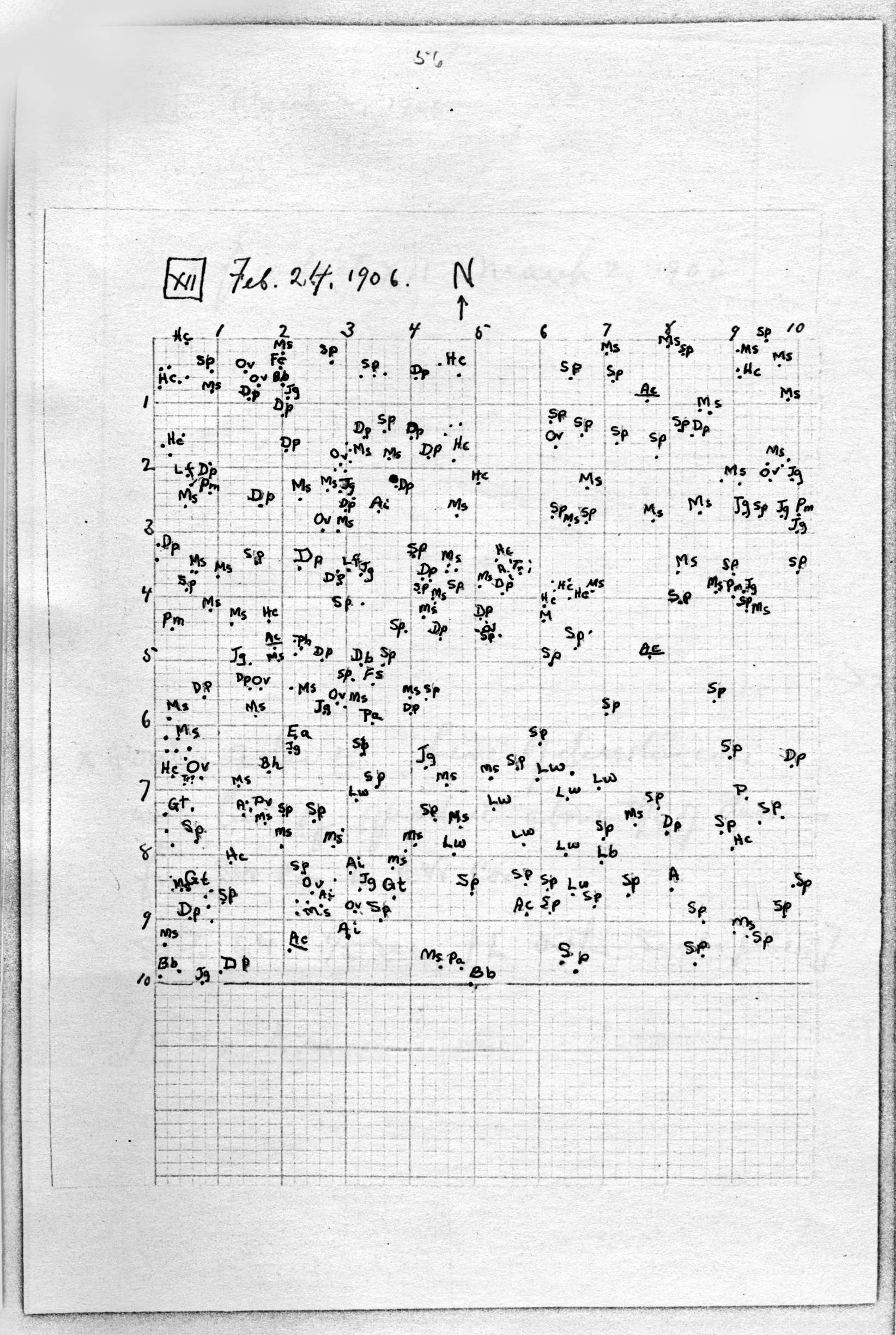 Lastly, Spalding decided on a viewpoint and took a photo of the plot and the surrounding landscape. He drove another stake in the ground to mark this photo spot so it could be repeated in future surveys. A drawing in his notebook showed the plot and angle of view from this photo point. I chose plot 12 from his notes just because it’s a good example and I had a good copy of it.

I suppose one could start with drawing from that photo spot. 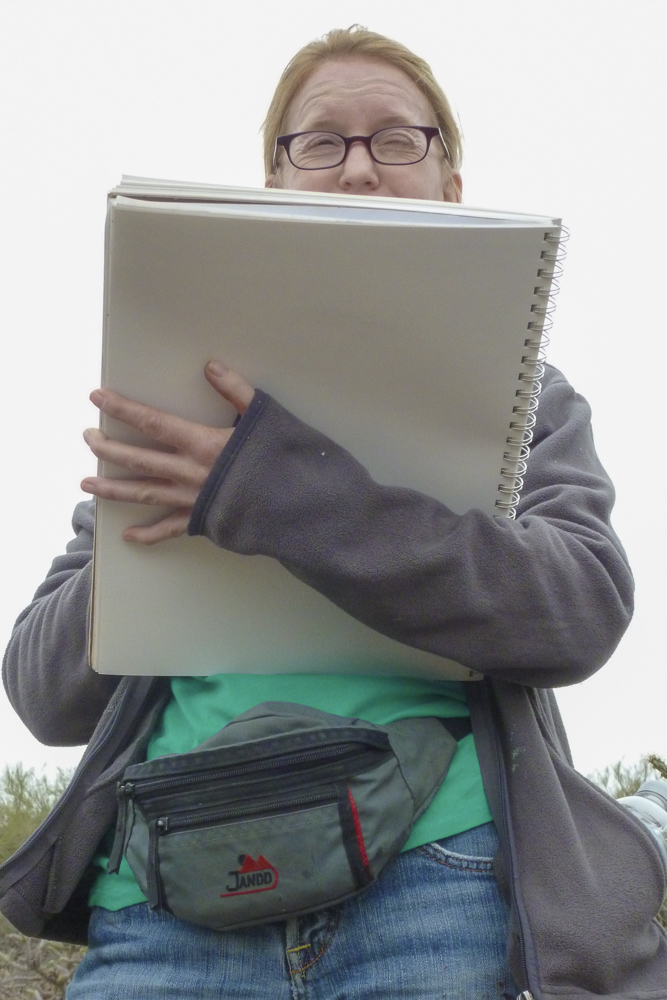