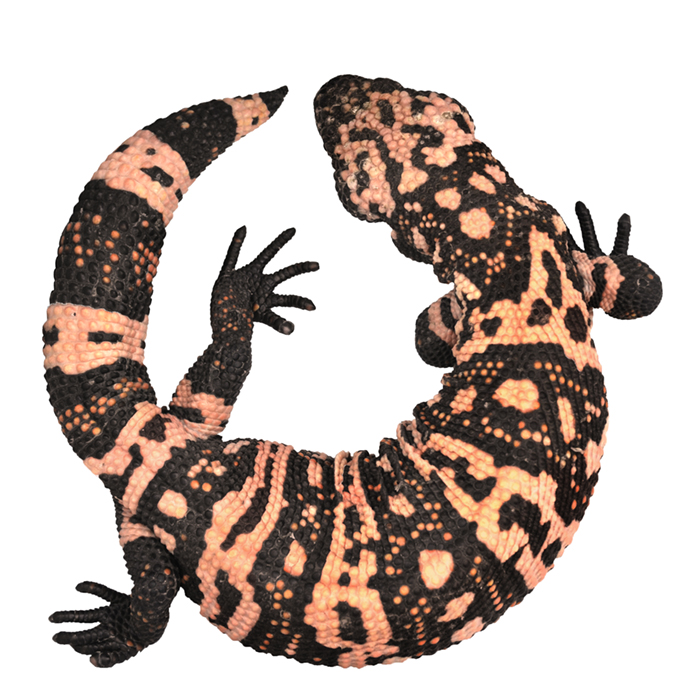 JUST NOTICING something for the first time, that you usually walk past blindly, can make your day. Seeing simply makes a primate happy. Seeing something amazing can make you feel really alive. My son Leo shouted from the backseat on the way to pre-school this week, “Look, it’s a digger tractor!” It was more than that: a big truck pulling a trailer with a backhoe on it. We were happy. Some walkers have noticed a rock along the Tumamoc road that looks like the Virgin Mary and Christ child. Some things you see could be life-changing.

At last Sunday’s drawing session, it was a Gila Monster. An earthly vision. A girl, a beauty, Sheila to be precise. Looking quite fetching with just the right amount of shine around her lips, a little leak from her venom glands. The sighting made my week. I’m sure we’ve all walked past Gila Monsters without seeing them. But they are made to be noticed

We know it’s a she because after Barbara saw the monster, I texted Matt Goode of the Tumamoc Herpetology Lab who dropped whatever he was doing to come up and see it. We followed her for about half and hour until Matt drove up and, surprising us, caught her with his bare hands. He showed us where to look, where the sun doesn’t usually shine. There had been some claimed sightings before, but this was the first Gila Monster,?Heloderma suspectum, captured on Tumamoc for science.

Sheila will get an implant?a? radio transmitter?and be released near my building, where we found her. This way scientists will be able to answer some important questions, like, what does Sheila do? Where does she go, how far does she roam, and by what path? And by comparing her movements with maps of those of other Gila Monsters in other locations, we’ll learn more about what Gila Monsters do. 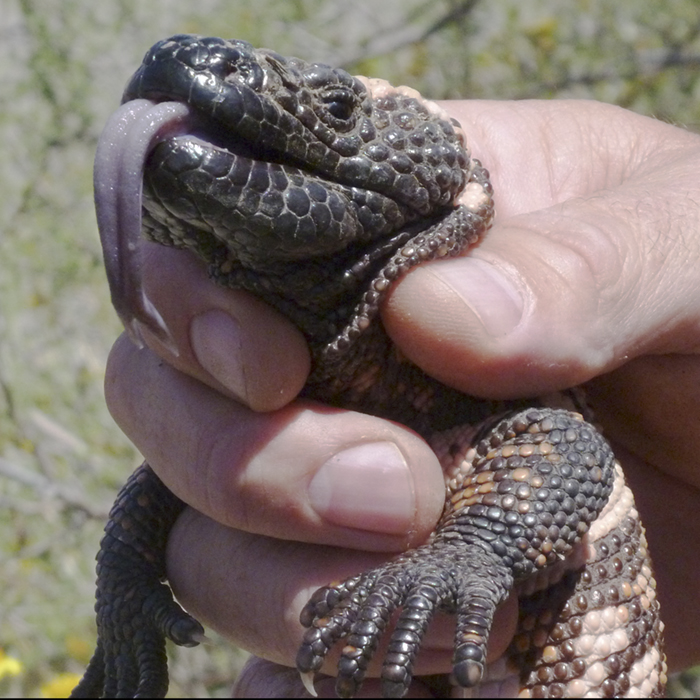 One thought on “Gila Monster!”