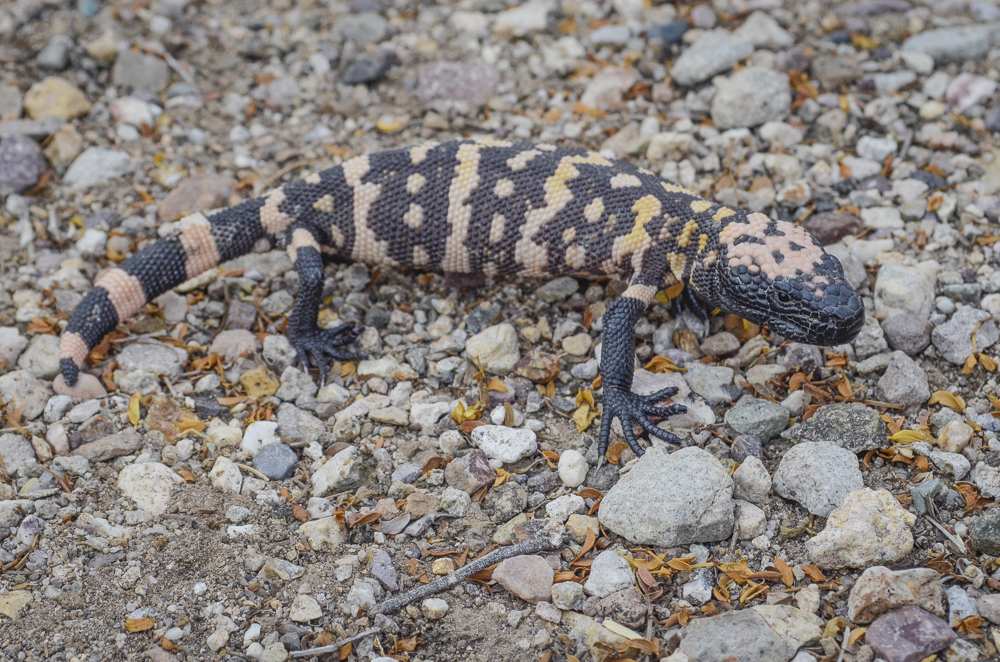 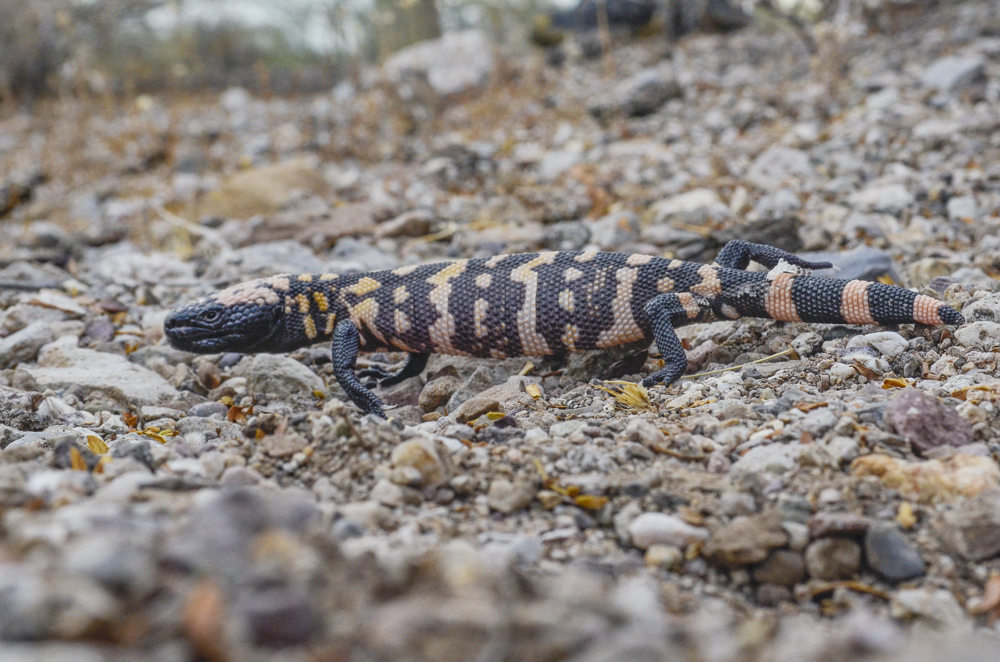 This little monster was seen crossing the road near the Desert Lab by a hiker?on July 1 . Somebody in the small crowd that gathered decided he was “Larry,” after our custodian, who comes in every Monday morning early. But nobody wanted to check to see if he really was a Larry. This baby Gila monster was both cute and fast?he or she got away before one of the Tumamoc herpetologists could come up to do a professional catch and release.

Sheila, who was found by some Tumamoc artists on a sketching mission now has a radio transmitter implanted by the Desert Lab herpetologists. She posed very nicely for me before we let her go on her way. She’s a good example of the certain nobility of expression in the faces of reptiles. I’d like to continue this series of portraits as I get the opportunities.

Since then, she surprised all of us by walking down the eastern slope and into the neighborhood on the other side of Powerhouse ridge, near A-mountain. Her future movements will be monitored, as scientists ponder the question “What do Gila Monsters do? and “Where do they go when they go?” She is now holed up in a den under the foundation of the Desert Lab main building.

Speaking of cute reptiles, I was staring at the clouds last Monday and was surprised by a movement near my feet. It was Teresa, as I found out later. But at the time, I thought she was my own discovery, the coolest thing seen since the pair of Gila Monsters, and before that, the rainbow over downtown Tucson. But Teresa was already well-known around the Desert Lab, which is probably her territory. As a matter of fact, when I saw her, she was following the path going up to the palynology lab. Teresa knew her way around. Maybe even owned the place.

She was not exactly a beauty, but that’s all right with me.? On getting a little closer, I saw that irresistible glint in her eye, a sensitive face with a noble profile. Even with food on her face. Her shell was splattered with rain drops. I hope we meet again. 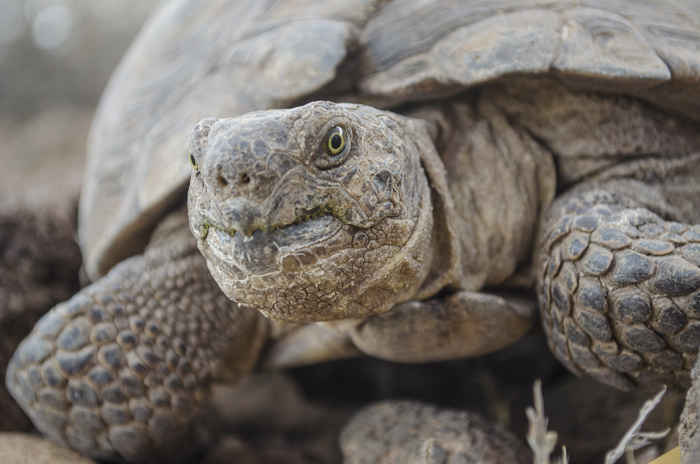 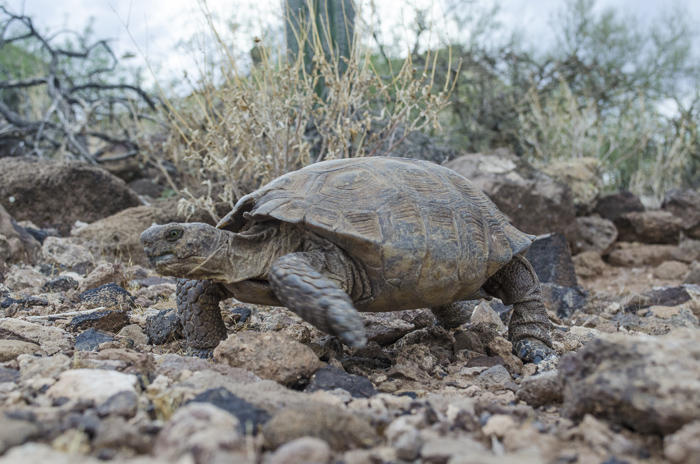 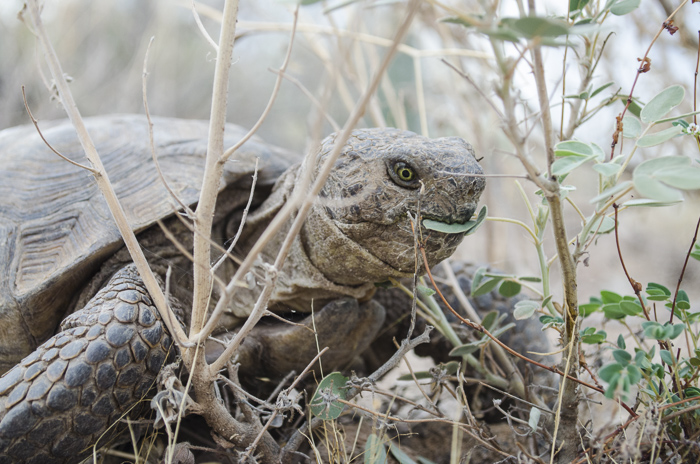