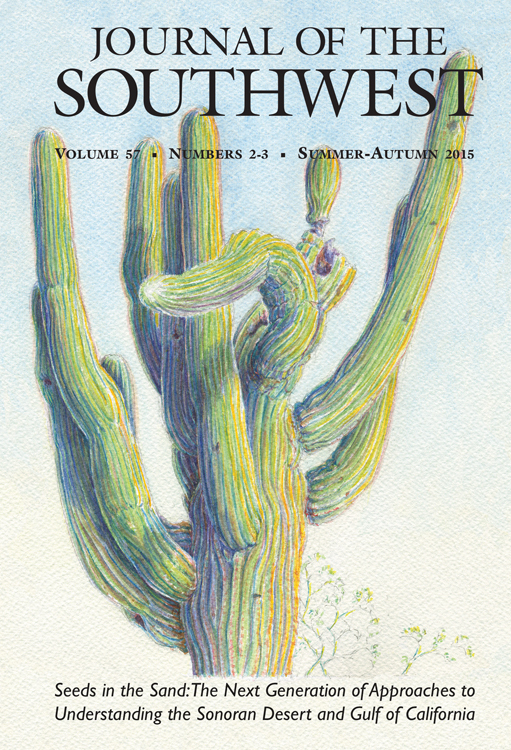 WHEN ARTISTS AND SCIENTISTS talk to each other, they often do things that neither would do on their own. A group of scientists working in different disciplines called Next Generation Sonoran Desert Researchers (N-Gen) invited Tumamoc Hill artists and writers to contribute a chapter in the recent Summer-Autumn issue of the Journal of the Southwest, a peer-reviewed publication of the University of Arizona’s Southwest Center. You can download a pdf of “Tumamoc Hill Arts Initiative A Portfolio of Site-Based Art and Writing Inspired by a History of Sonoran Desert Science” here and view the whole Journal at Project Muse.

Here are a few excerpts with quotes from the article. As always, you can click to enlarge an image.

Barbara Terkanian writes: “Some saguaros develop a crested form. In crested plants, the top of the saguaro becomes fan-shaped, due to spreading, rather than vertical growth of the stem. The plant shown here is not truly crested, but it has some unusual growth patterns similar to crested plants. Regions along its main stem lack the strong vertical ribs seen in non-crested saguaros, and the tip of the plant has forked once, something crested plants do repeatedly. Typical saguaros do not develop forks; instead, they produce arms that emerge from the stem at 90o angles before beginning to grow upward. This plant?s five arms show the typical growth pattern.”

Meredith Milstead writes: “To tune into my subject, I began by documenting the spring palo verde bloom. I set up to paint the same clump of trees nine times over the duration of the blooming period. During this process I learned that the lunar month which includes April is referred to by the indigenous Tohono O’odham as the yellow moon for the abundance of blooming yellow flora in the desert at this time. I titled this study The Yellow Month. It illustrates the connection of people to place though the color yellow.”

Off to the east behind building 800, lost eyeglasses, trampled, forgotten.

To the west below,
rusty shards, jar lids, and coupling;
a piece of roofing, tiny spools, a vial;
a sea of broken glass, blue and green, fragments of Kahlil, Hires, medicine bottle.

Strewn over the landscape, in perfect random order: punched steel, plant tags, bands, large nail, a file,
a perfect lab slide how did it survive?
Next to it, a used flashbulb, and

The wonder of it all
lying undiscovered,
waiting for time to let me in. 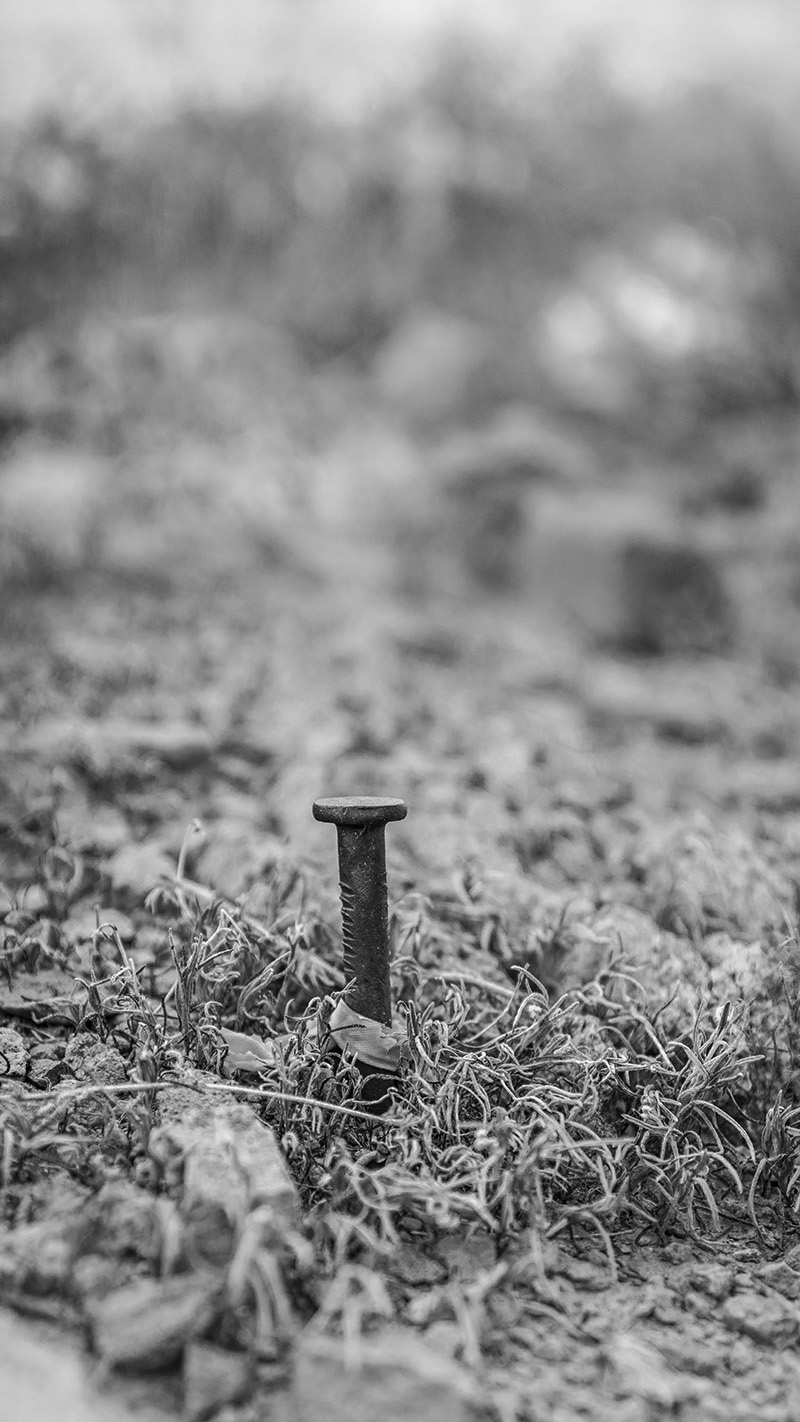 Paul Mirocha writes: Over the year following our outing, [with Ray Turner] Spalding plot 10 became a kind of waterless desert pondering pool for me, a sanctuary for the mind. Both window and mirror. Although the place was designed for a more logical purpose, it also seemed to encourage a very different approach to the world, one with a softer focus that included myself as the observer. Still, I wasn’t going to make judgments or hasty conclusions in fact I aimed to be present without ideas or theories. There is an objective discipline in art, just as one may sense some open-ended mindfulness and contemplation in Spalding and Shreve’s methodology.

David Coleman writes: My sources for these poems are the scientific reports and articles published by the first generation of scientists working at the Desert Laboratory. A paper is read and notes taken in the manner a student would while studying the literature. Important phrases are transcribed, underlined, or highlighted to ensure that a comprehensive summary of the research is created. These notes are further reduced to create a poetic abstract of the paper.

The long gentle slope
with an almost imperceptible grade becomes steep as the ascent continues up the hill.
Its soil
gravely or sandy
with but little loam
with a considerable amount of caliche with relatively little capacity
for the retention of water.

Under these conditions the perennial species
of the flood plain cease. The creosote-bush holding the ground

on the worst places. Larrea claims
this ground
as its own.

from: Spalding, V. M. 1909. Distribution and Movement of Desert Plants, The Carnegie Institute of Washington Publication no. 113.