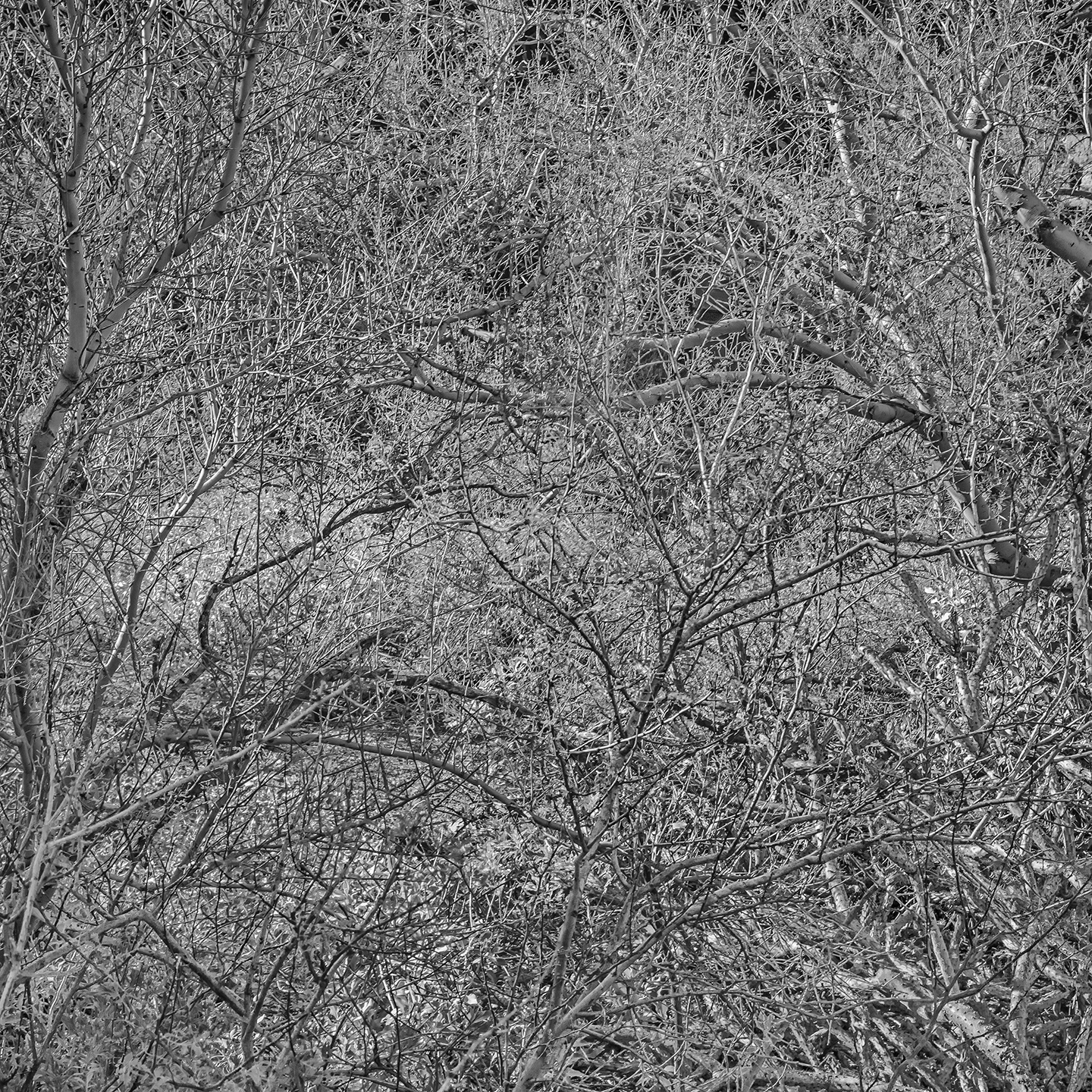 MOST OF THE WORLD is boring. Almost all of it is uninteresting, trite, tedious, and monotonous, made up of textures, backgrounds, things already known, predictable, or too complex to bother with; neutral material of no current interest. We tune it out, like a long sentence with too many clauses.

Sometimes though, it pays to turn away from the well-worn path, and take a look sideways, out of the box of straight tunnel-vision. There may be gems out there. After all, it’s mostly unexplored territory. Still, it takes some time and digging.

We don’t waste brain power on our peripheral vision. We pass through without looking at it, focused on a tiny sliver of what’s in front of us. Anything that is not food, dangerous, moving quickly, or a potential mating opportunity, is filtered out before we become aware of it. And for good reasons. Without this filtering, we’d be overwhelmed with information, unable to function, like being on a permanent acid trip.

Yet, that’s where most of the world is: out there where we are not looking.

Over the past couple of years, I did a small photo project in the old botanical garden that surrounds the tiled patio in front of the historic Desert Lab. I’ve walked through it hundreds of times, on my way to heat up my lunch in the microwave oven inside. One time I stopped and glanced sideways off the path. The view was boring of course.

Over time and repeated looking, parts of  the scene became interesting. More than that. I became obsessed with finding something in one particular viewpoint. I came back to almost the same spot many times to explore it from different angles and in different light.

Of course, the vast majority of these photos were dull, tiresome, repetitious, and without purpose.

For the past century, the area around the patio enclosed  by the main Desert Lab building has been a protected place for plants, brought back by botanists from their wanderings in the deserts of the world. Some plants came in naturally from the surrounding landscape, some are exotic.  There is an organpipe cactus, a senita, cardon, all way too far north for comfort, but protected from a bad freeze by the mass of the building. There was once some organization to the place, even a set of old metal labels with botanical names. Over the decades the place had gone beautifully feral or dead. It was a fine tangled, chaotic mess.

This past June, a deadline for my photographic incursions loomed. My fears of landscapers coming to prune the place were realized. Botanists, agronomists, and landscape architects had been meeting there all Spring discussing how to civilize the garden. Just before the July monsoon season, the area was cleaned up, trimmed, and replanted as the new Sonoran Plant Garden. There are now new young, fascinating plants growing there now, all watered by rain harvested from the roof.

Of course scientists have always been planting things here, and the place is now much more interesting–but still beautiful it its own way.

I deleted or passed over most of the pictures from this series. Every once in a while though, I processed an image that showed promise. I don’t know exactly what, some kind of harmonious convergence in the chaos, I guess. I kept some randomness. The compositions are made of multiple snapshots merged together, so I couldn’t see what the final image would look like until I was working on it in the computer.

Often a photograph brings out things the eyes don’t notice, partly because the images are flat (2-dimensional). You can also enhance parts of a photo in processing, and downplay others.

A camera always records something that is out there, but the image becomes interesting only when it  mirrors something internal to the maker or the viewer.

My advice: look sideways once in a while. Don’t trip over anything. What you see there might still be unexciting, wearisome, and monotonous; even after you dig a little deeper. But you never know. You might encounter beauty, or  a potential mating opportunity. 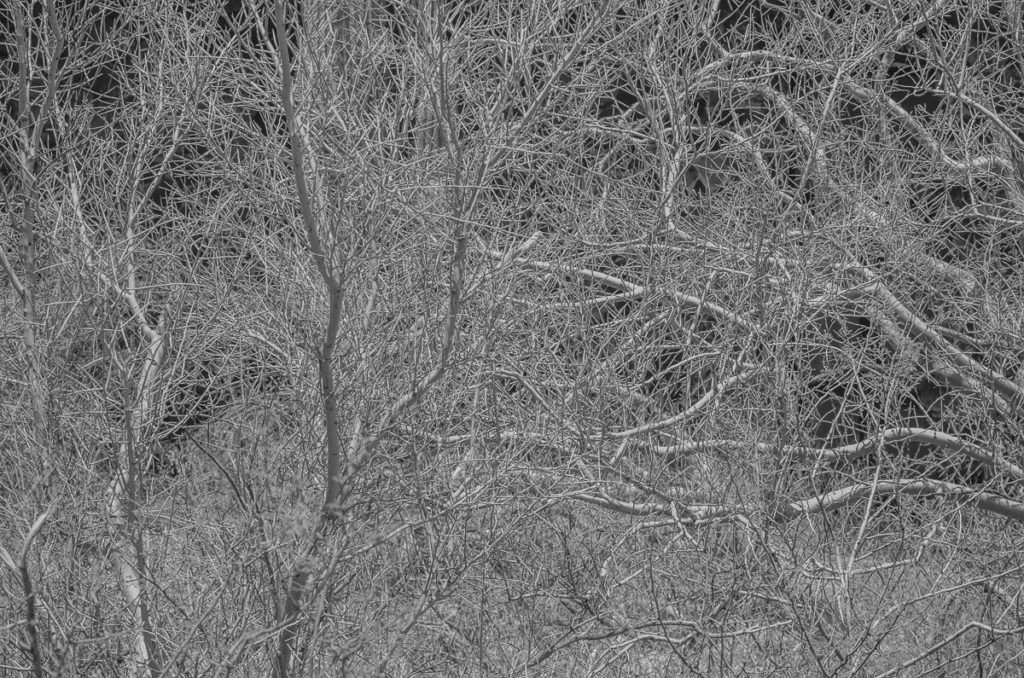 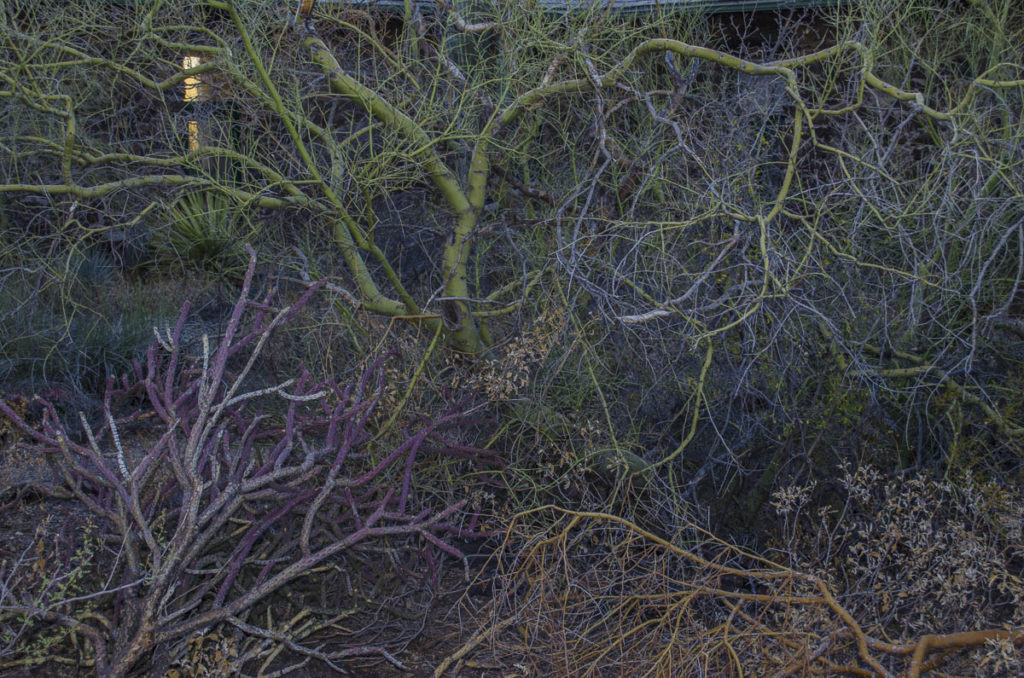 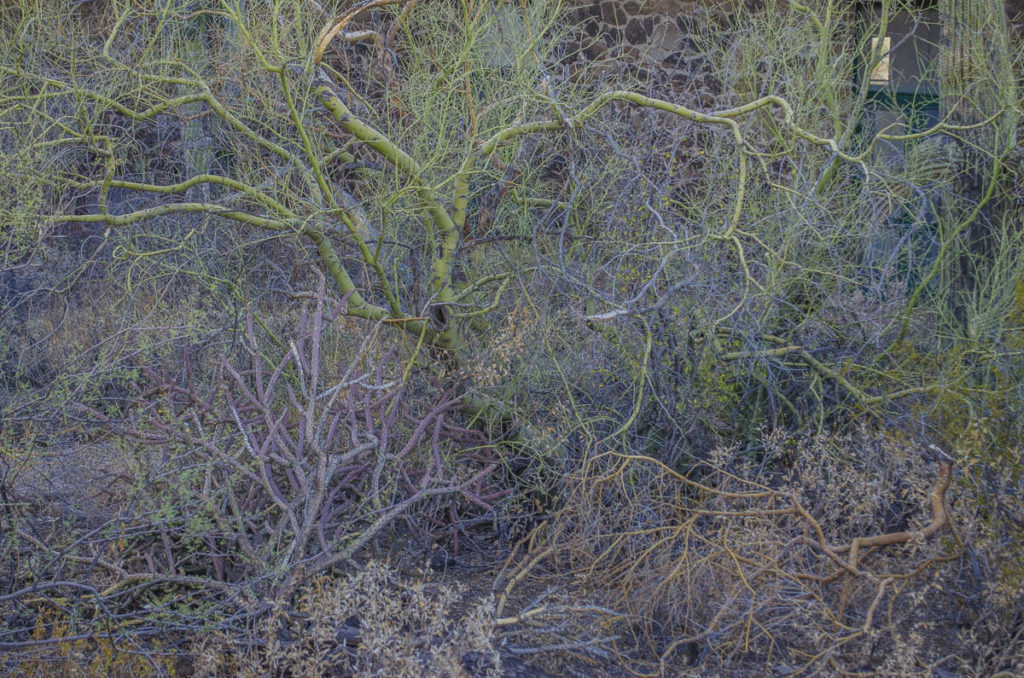