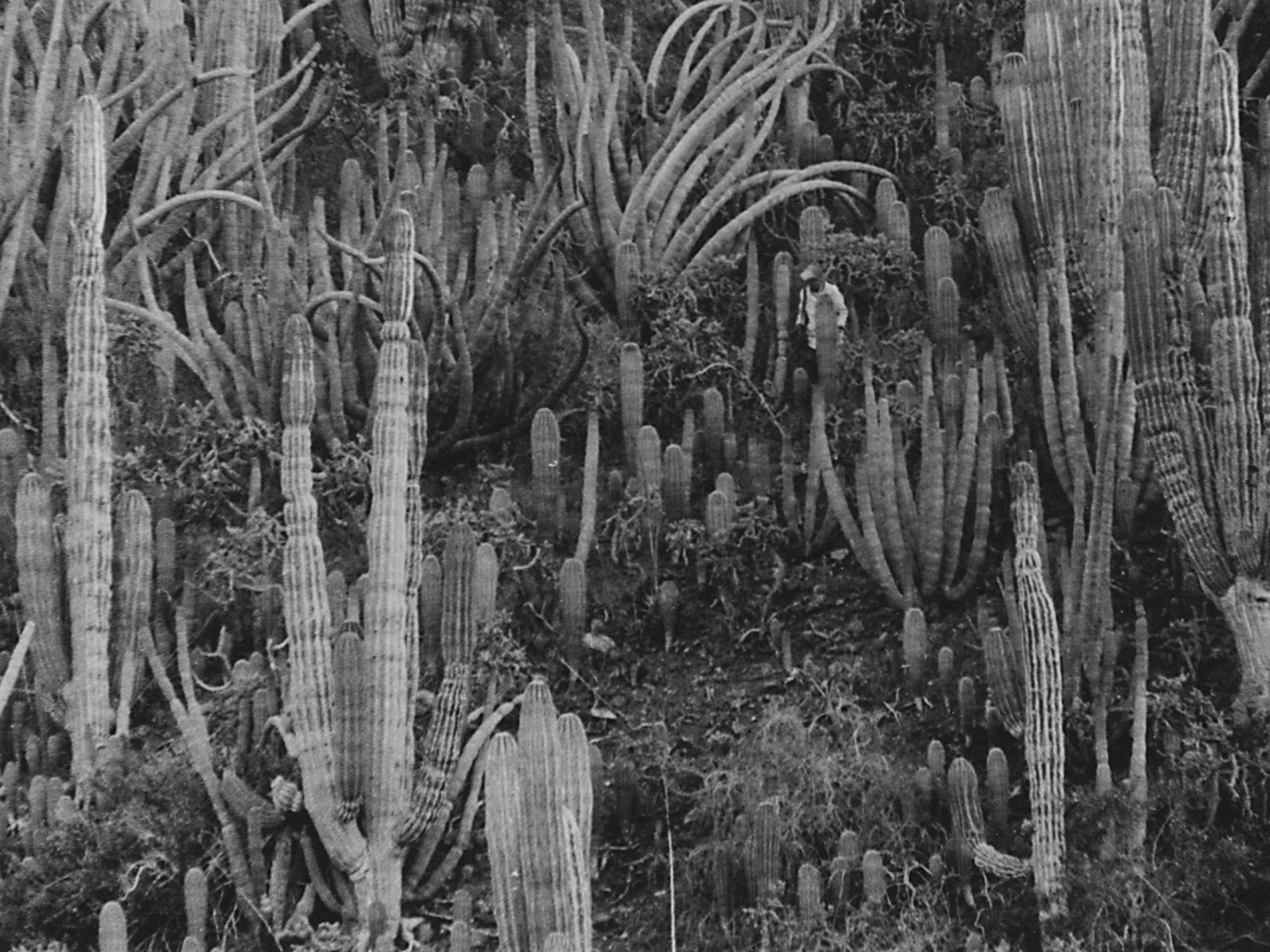 A reading by botanist Richard Felger

On December 4, 2017, in the historic Desert Laboratory library, the iconic desert botanist Richard Felger read from a lifetime of field notes made during his travels collecting plants in Mexico. He also collects stories, and is working on a book, Eye of the Desert: 10,000 Years of Field Notes.

As you can see when you read this excerpt, it was more like a poetry reading than a botanical lecture. 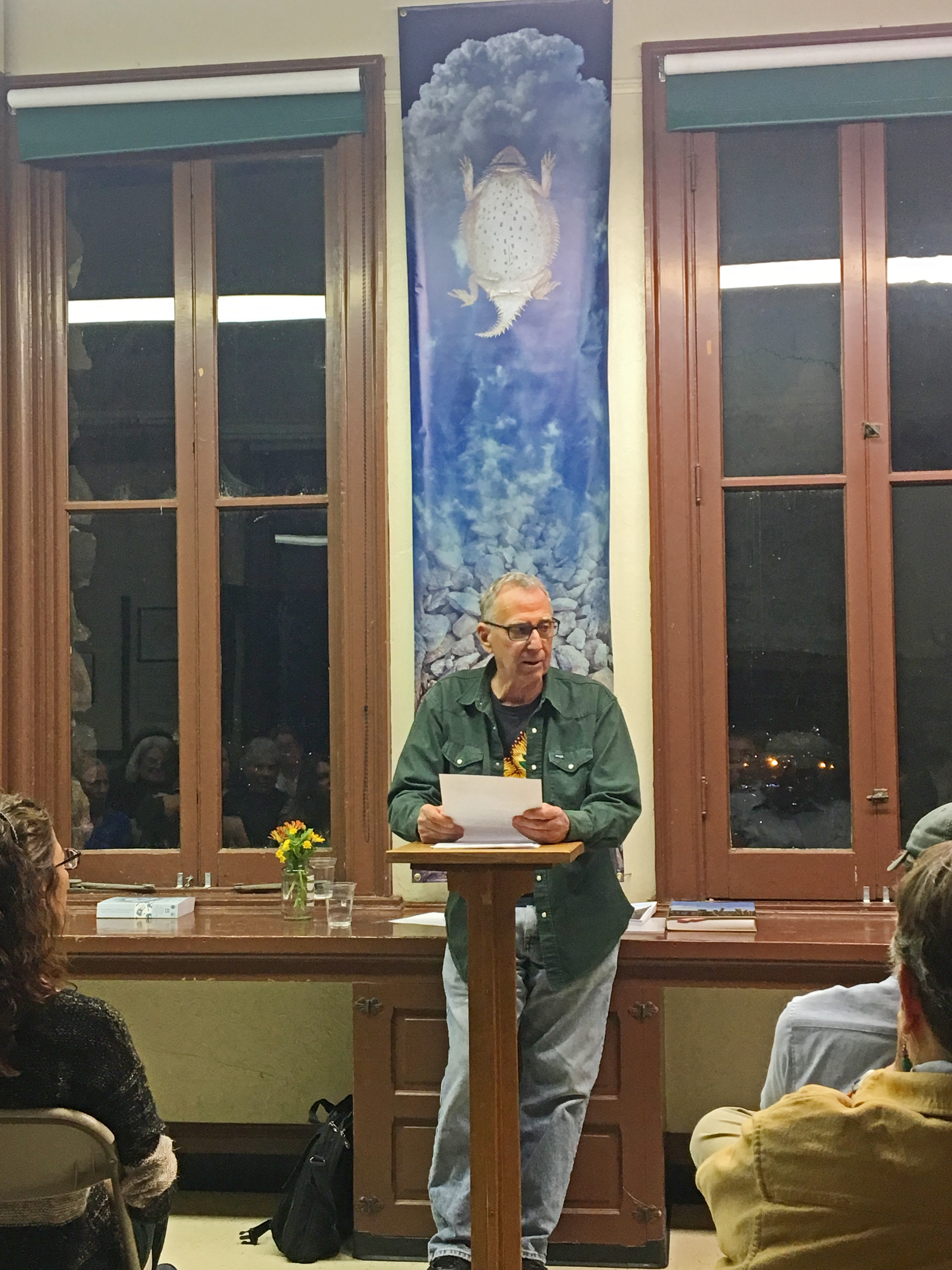 Richard Felger: This is part of a story from the Eye of the Desert.

The People did less work though sometimes it was hard,

but fun because we didn?t do things alone.

We had time for storytelling, games and celebrations.

boys put on new face paintings all through the day.

Nobody was homeless except banished criminals, and they didn?t live long.

Nobody was denied medicines and doctors spent a lot of time with you.

Too many babies died and too many women didn?t survive childbirth.

But women had special plants to prevent or end pregnancy,

and thought we men didn?t know about it.

were lean and strong in spirit.

Not much emphasis on living too long. Nobody knew the years.

I asked some Old Ones if they wanted to go back to the Old Ways.

We have renowned medicinal experts.

Everybody collects and prepares tooth-root, dock, and creosotebush,

to prevent infection in cuts and wounds.

Everyone knows hierba de manso, good for so many things.

Each place has over a 100 medicinal plants.

And more than 1,000 across the place now called the Sonoran Desert.

Handsomely feathered birds are nearby,

they taste good and have feathers more valuable than an eagle?s

We trade feathers and medicinal plants and turquoise

for bison robes and slaves.

torching the dry brush in spring before the last frost,

So you can count on waterfowl, turtles, cattails

flutes, and containers for pigments and medicines.

The People of the Red River Delta and the Coastal People

They ride out to sea to hunt sea turtles.

Balsas over 30 feet long can carry fifteen big turtles or a whole family.

Sometimes they lash 30 balsas together and 100 men row across the sea.

Once I walked 40 days to Cibola because it?s such a wondrous place to see.

Sometimes I go with other guys on the yearly trek to the Great Water for salt,

it?s a lot of fun although we pretend it?s a religious pilgrimage.

and creatures of other worlds and when people were animals.

Do you know about the giant serpent down at the end of the desert?

and in seven years come out of the sea

to destroy homes and crops.

Once a giant snake headed for the eight holy villages.

The One With Intelligence came down to destroy the snake.

A flash of light in the sky is said to be him.

He turned himself into Killer Grasshopper.

And the leaders asked for help.

He said ?bring a leaf from each kind of plant?

He put the leaves in a big pot of boiling water.

When the water cooled, Killer Grasshopper jumped in and said,

?Meet the snake and shoot arrows at it, lure it to me.?

He jumped up into a mesquite tree.

The men met the snake but their arrows bounced off.

When the giant snake got closer,

Killer Grasshopper flew up and chopped off its head.

The snake?s head, body and tail

are a chain of black lava peaks running into the sea.

have power over the forces of evil.

If you want the whole story, food plants, and medicinal plants, let?s get together for four nights.