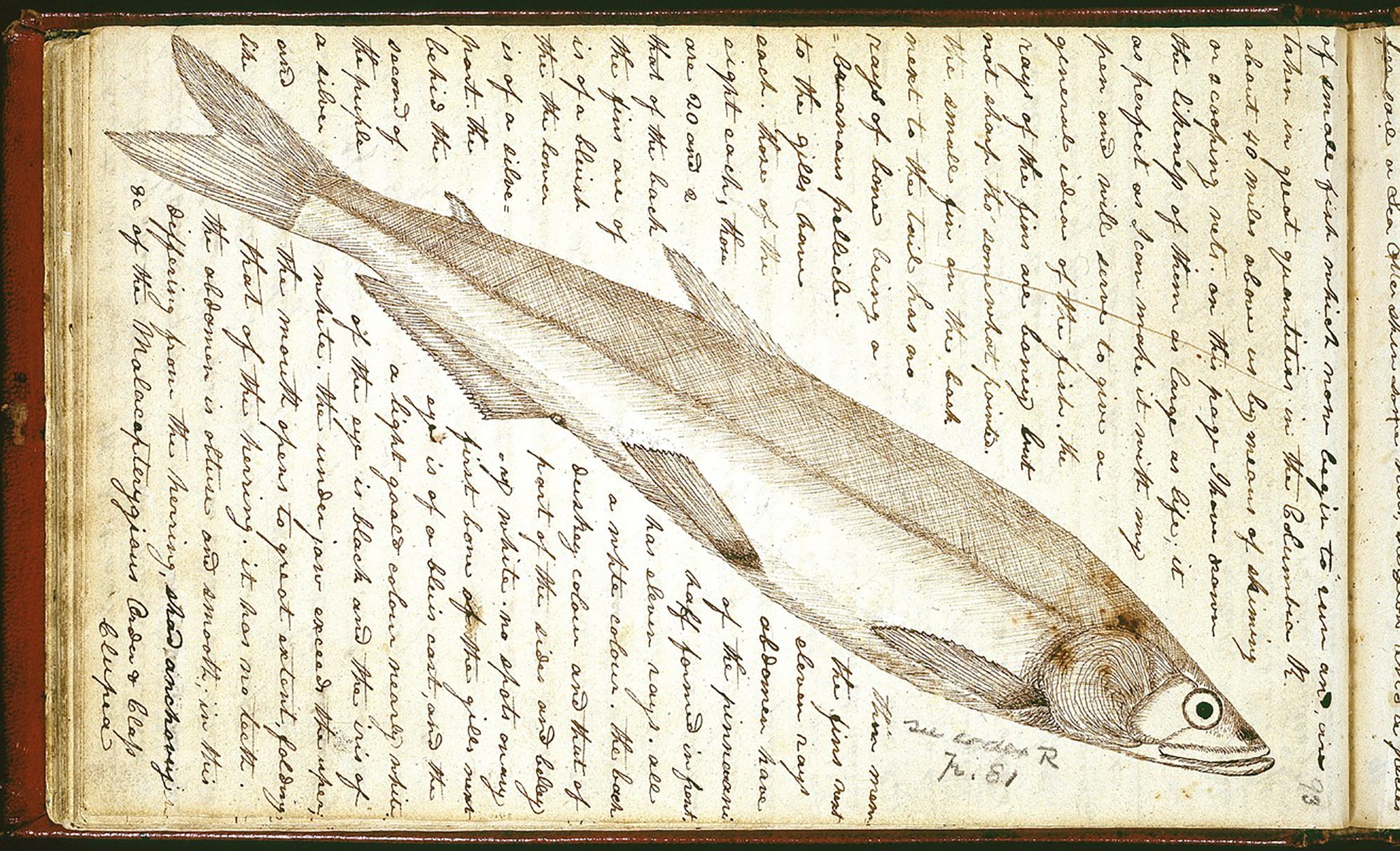 Scientists call them field notebooks, artists call them sketchbooks. They are records of observations, scribbled notes and sketches, made on expeditions onto the still largely unexplored Earth.

Field books are for describing what you observe. Usually, time is limited or the conditions are not ideal out there. So you have to record the essence of what you see.  What is important to show varies with what interests the field sketcher. Drawing here is a means of understanding, not necessarily for making a pretty picture. Words and sketches naturally work together, so a good field book has both.

Despite the rough exterior, field books can have a lot of beauty and appeal.

I have a growing collection of historical field notebook images from browsing the Smithsonian Field Book Project, digitized through the Biodiversity Heritage Library (BHL). I’m posting a few samples here.

Most of these old pages are filled with written notes, lists of species, numbers–the kind of thing you expect from scientists. That’s important information, but every once in a while I’d come across a gem–a drawing or map, unfinished, done within its time then left unfinished. It’s a fresh and living record of experience.

You don’t truly see something until you draw it.

Edgar Mearns (1856-1916) was an ornithologist and field naturalist. In 1884 he was stationed in Fort Verde, Arizona during of the Apache Indian wars. As a Major and surgeon in the army, with the largest mustache ever recorded, Mearns was busy with his duties. But his commanding general allowed him to collect specimens and explore a good deal of the country. While on patrols, he shot birds from his horse–for science, that’s what naturalists do.

Constantine Samuel Rafinesque (1783-1840) was a genius and polymath, and by popular consensus–an eccentric character. Although brilliant and prolific, studying almost every field, he was severely criticized by his colleagues for naming too many species, making science too complicated.

He never received much honor in his lifetime. He applied twice to go on the Lewis and Clark expedition, but was turned down by Thomas Jefferson himself. In 1819, Rafinesque got a job as a professor of botany in Lexington, Kentucky. These notebooks are from that trip, where he sketched, named, and described everything he saw. His notebooks kind of reflect his almost crazy obsession with collecting data. He was  fired from that job a few years later, they say for womanizing.

Today, he is known for first use of the word “evolution” in regard to natural species. Darwin later credited him with that. Rafinesque had a theory that Native Americans came over the Bering Straight in a long time ago. And he named our desert Mule deer, Odocoileus hemionus.

The words etched into his tombstone read, “Honor to whom honor is overdue.”

In the Sonoran desert, he is best honored with the botanical nme of the desert chicory, Rafinesquia Neomexicana. 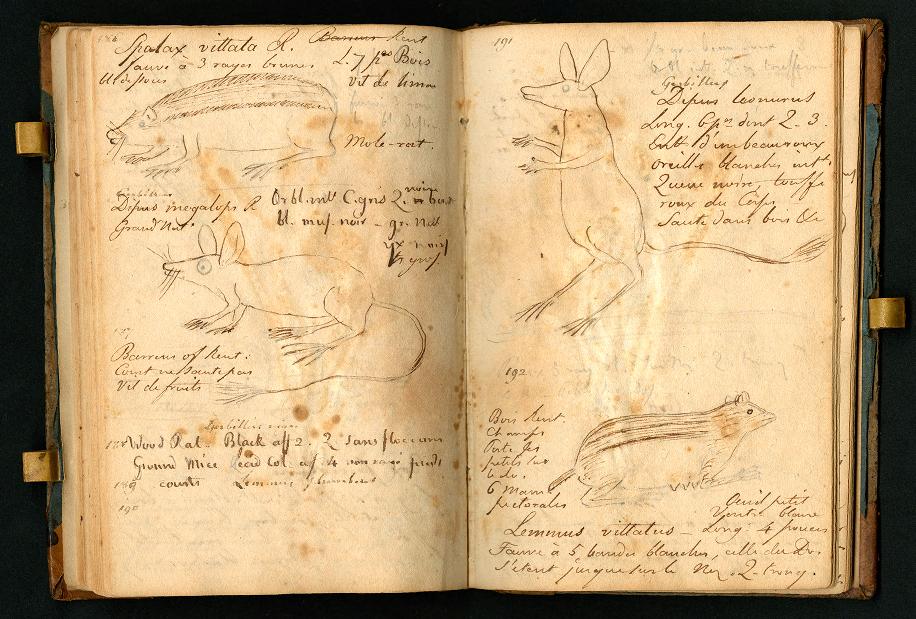 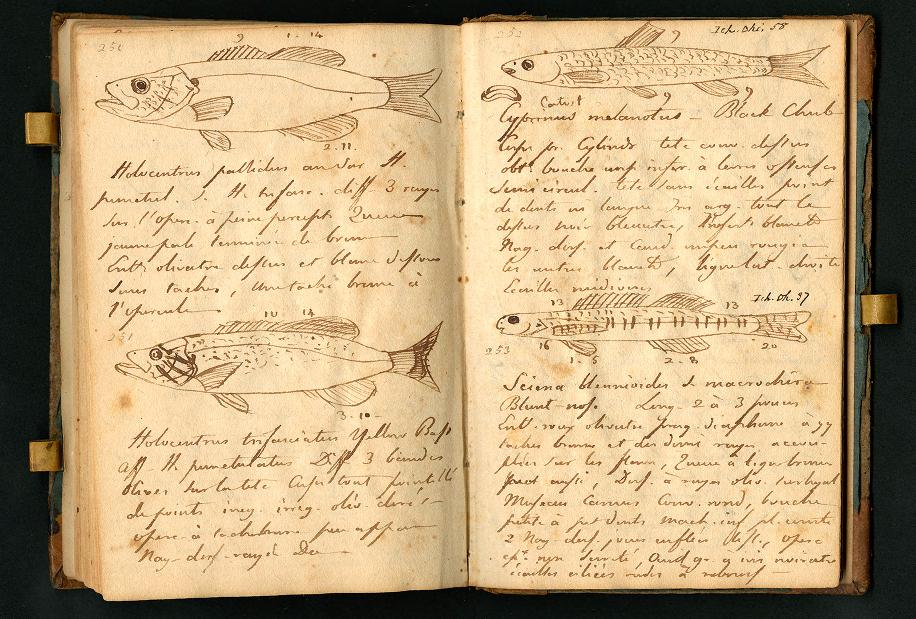 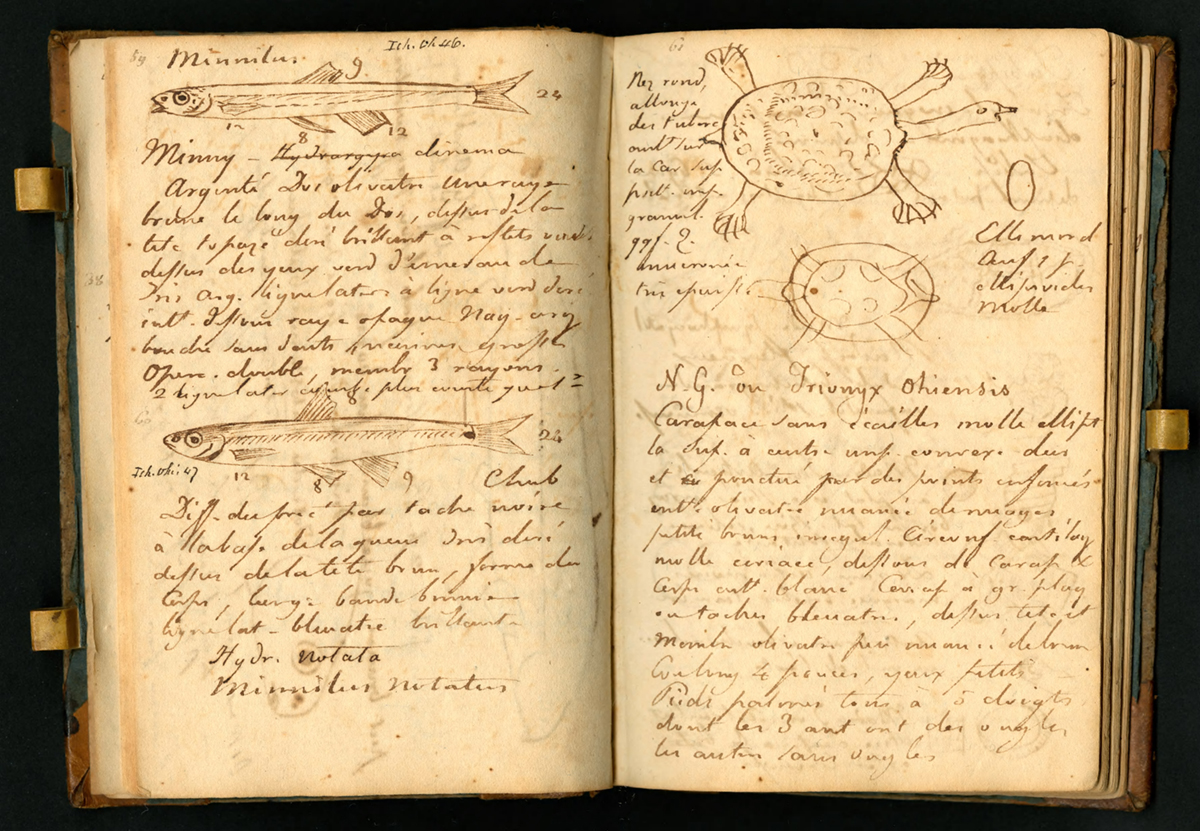 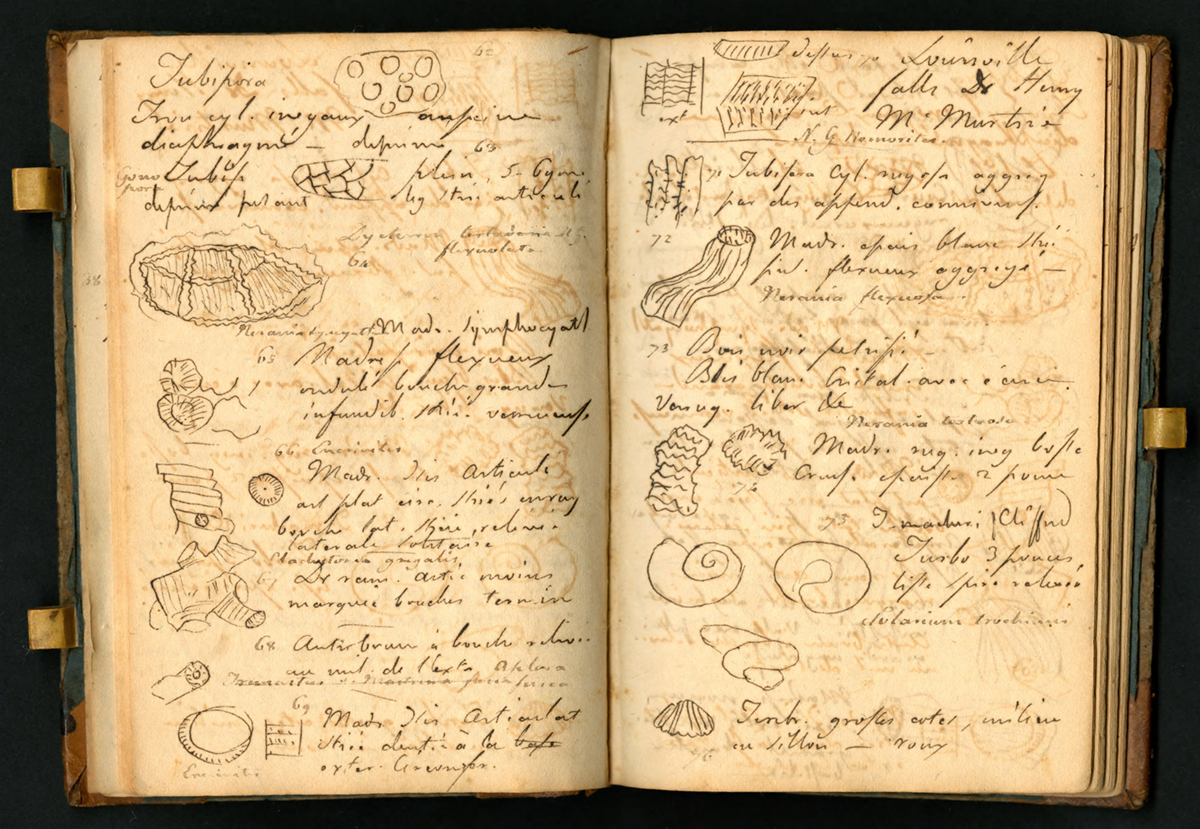 Martin Moynihan (1928-1996), an animal behavior expert, was known for his beautiful and informative field notes. He was one of the founders of the Smithsonian Tropical Research Institute (STRI) on Barro Colorado Island in Panama. These pages show observations of gull behavior, with his own personal symbols and hatch-marks depicting vocalizations. 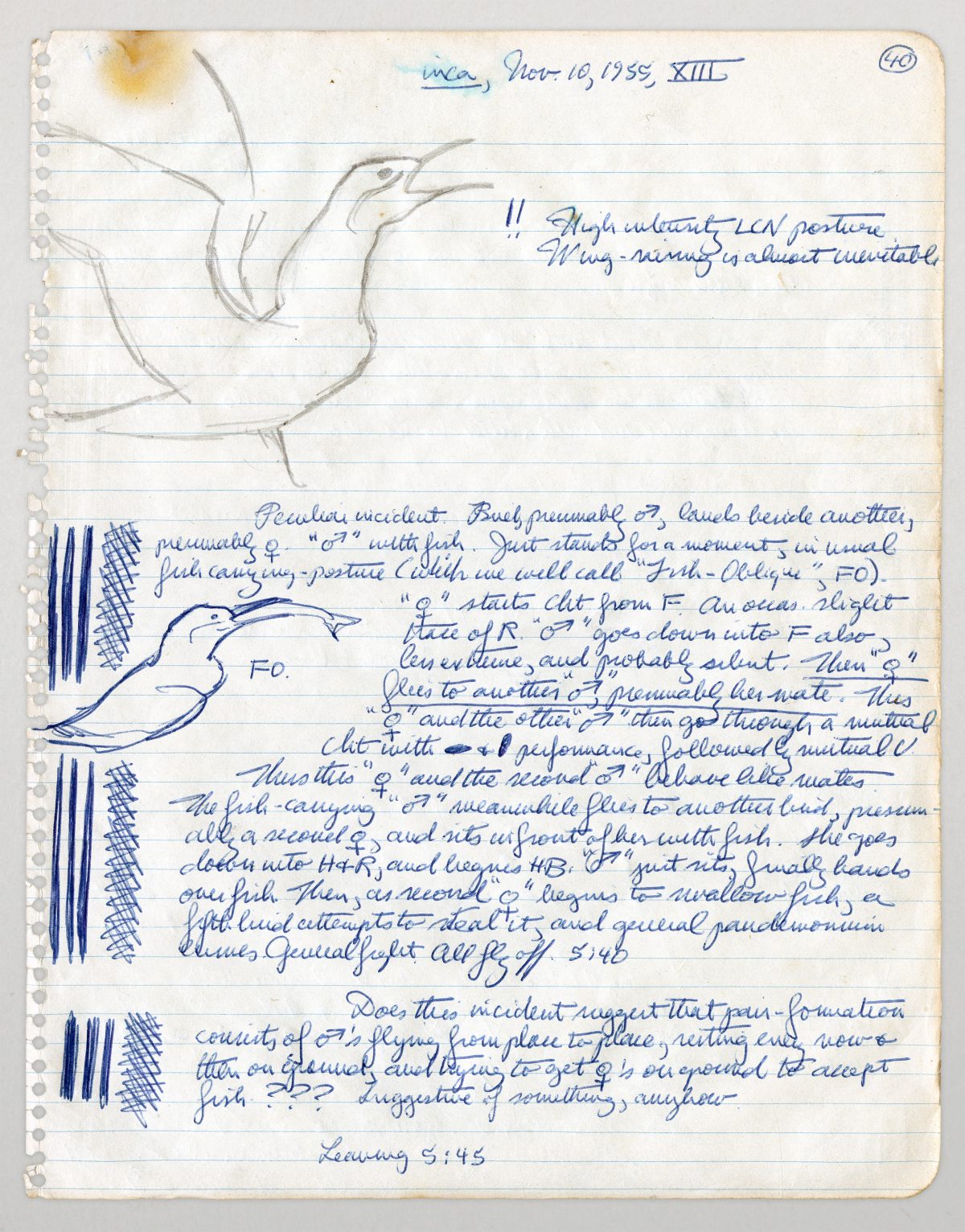 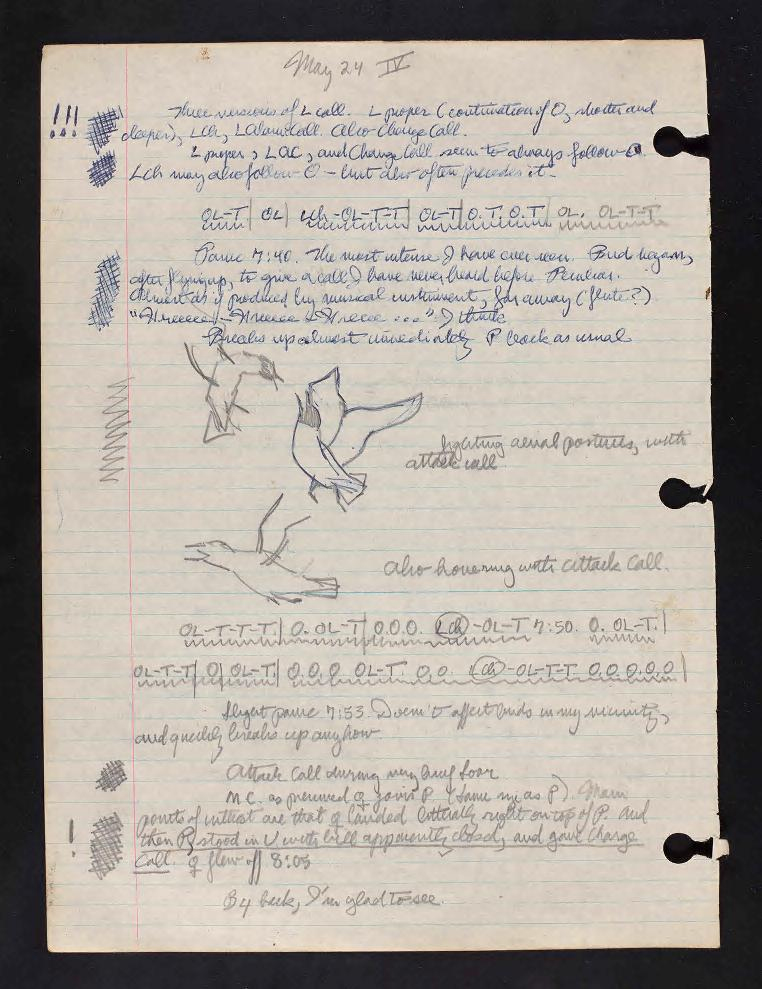 W. H. Holmes (1846-1933) is, to me, the Leonardo da Vinci of field sketchers. I’ll show you why in a minute. Holmes was trained as an artist and worked as a scientific illustrator, cartographer, and geologist. This notebook is from a trip to Cholula, Mexico in 1884 where he became interested in archeology. 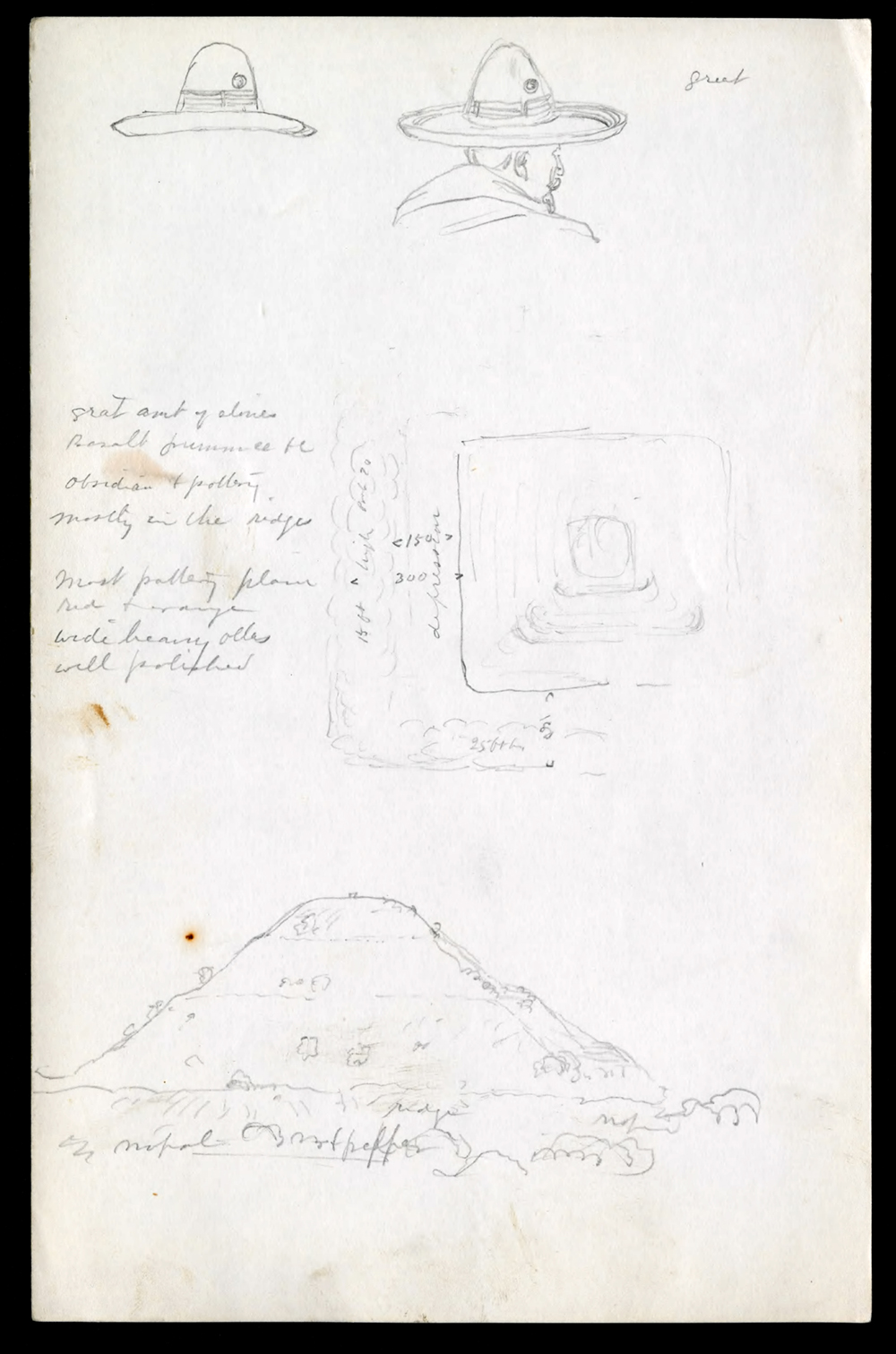 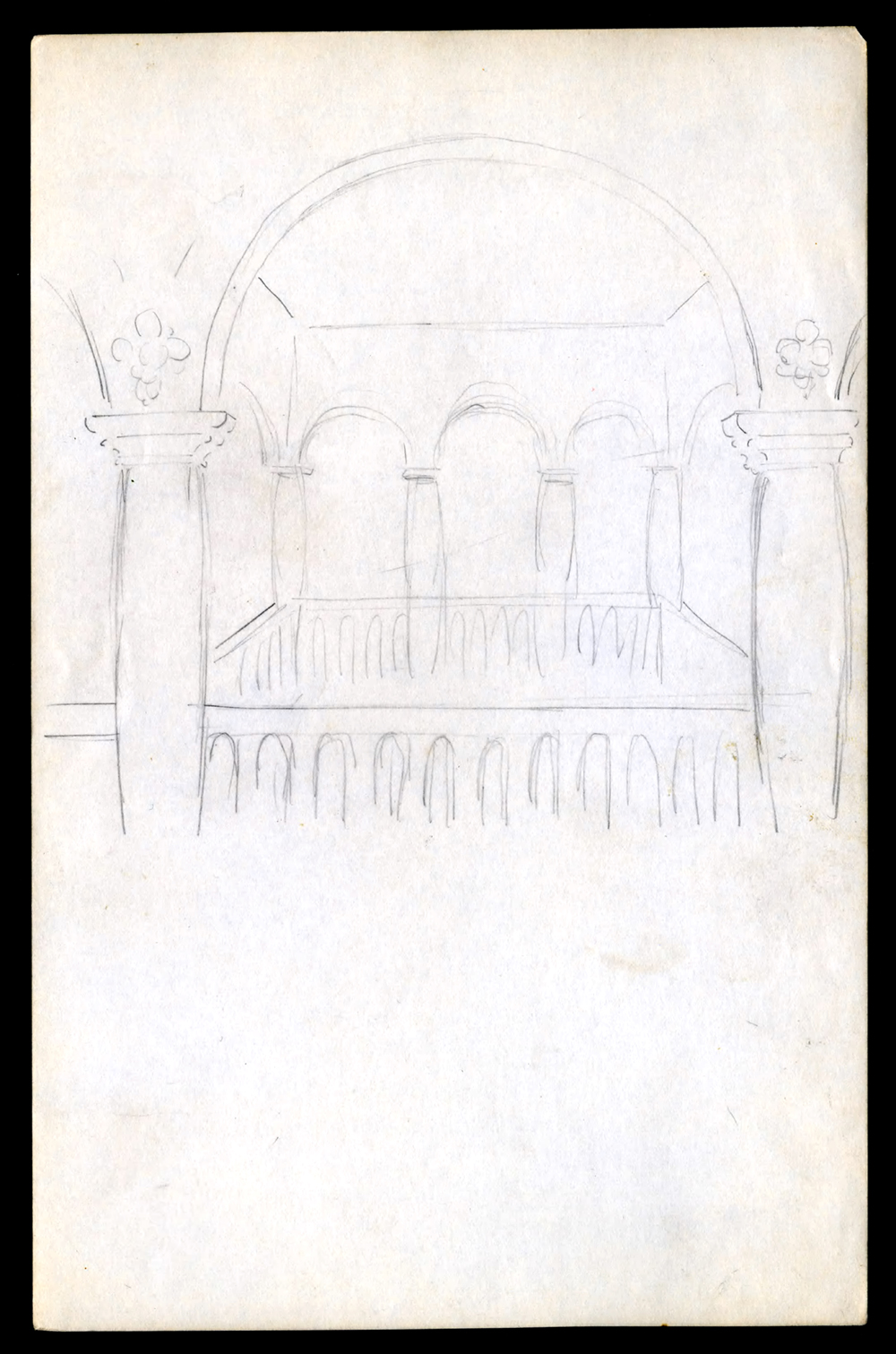 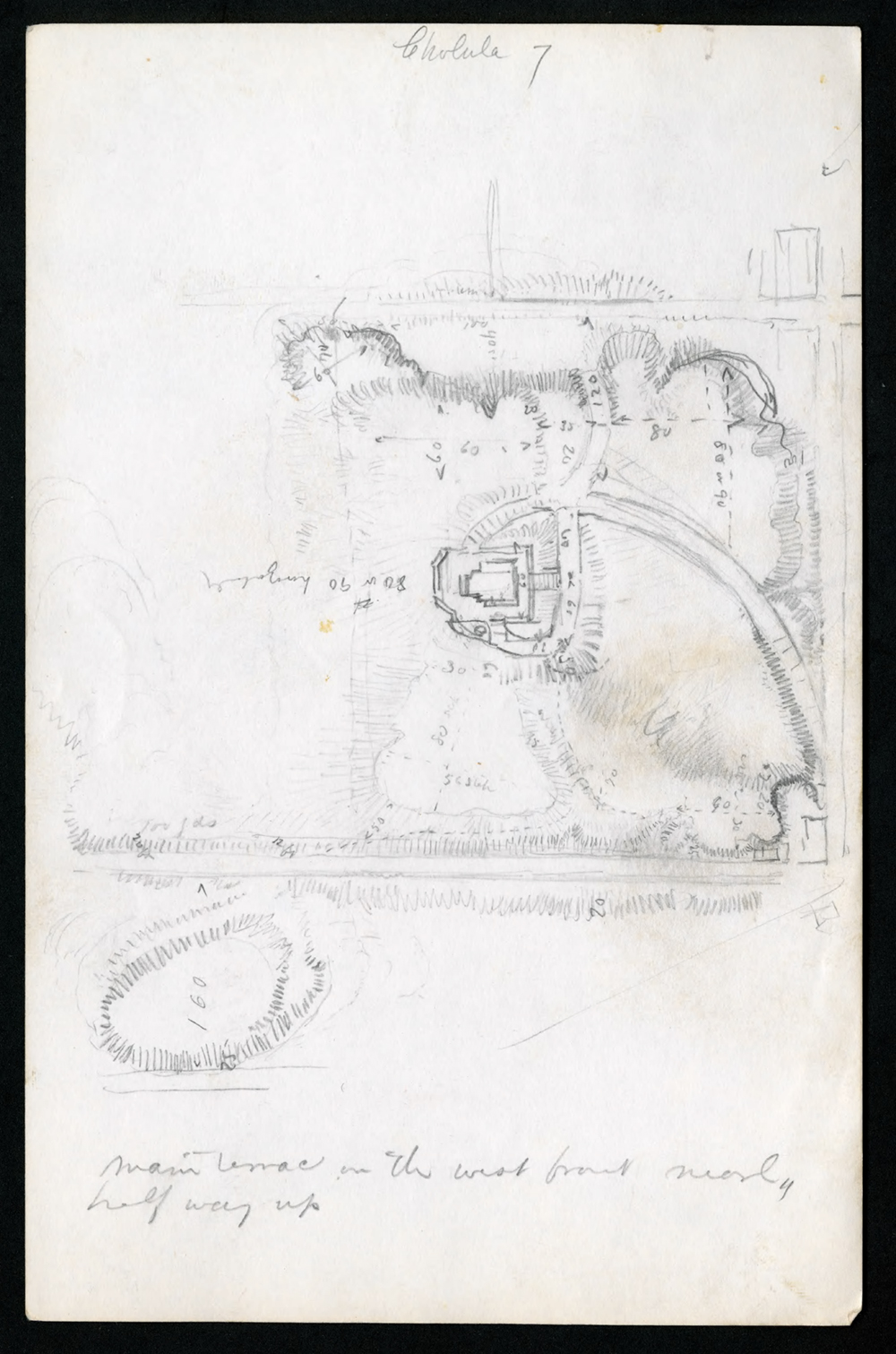 The German Prince Maximilian de Wied (1782-1867) was inspired by his mentor, Alexander von Humboldt, to travel to unknown Brazil, seeking adventures, collecting specimens, and living with the natives. In 1832, he financed his own expedition up the Missouri River through the North American Great Plains with the Swiss painter Karl Bodmer. This beautiful notebook records experiences visiting the Sauk and Meskwaki Indians. 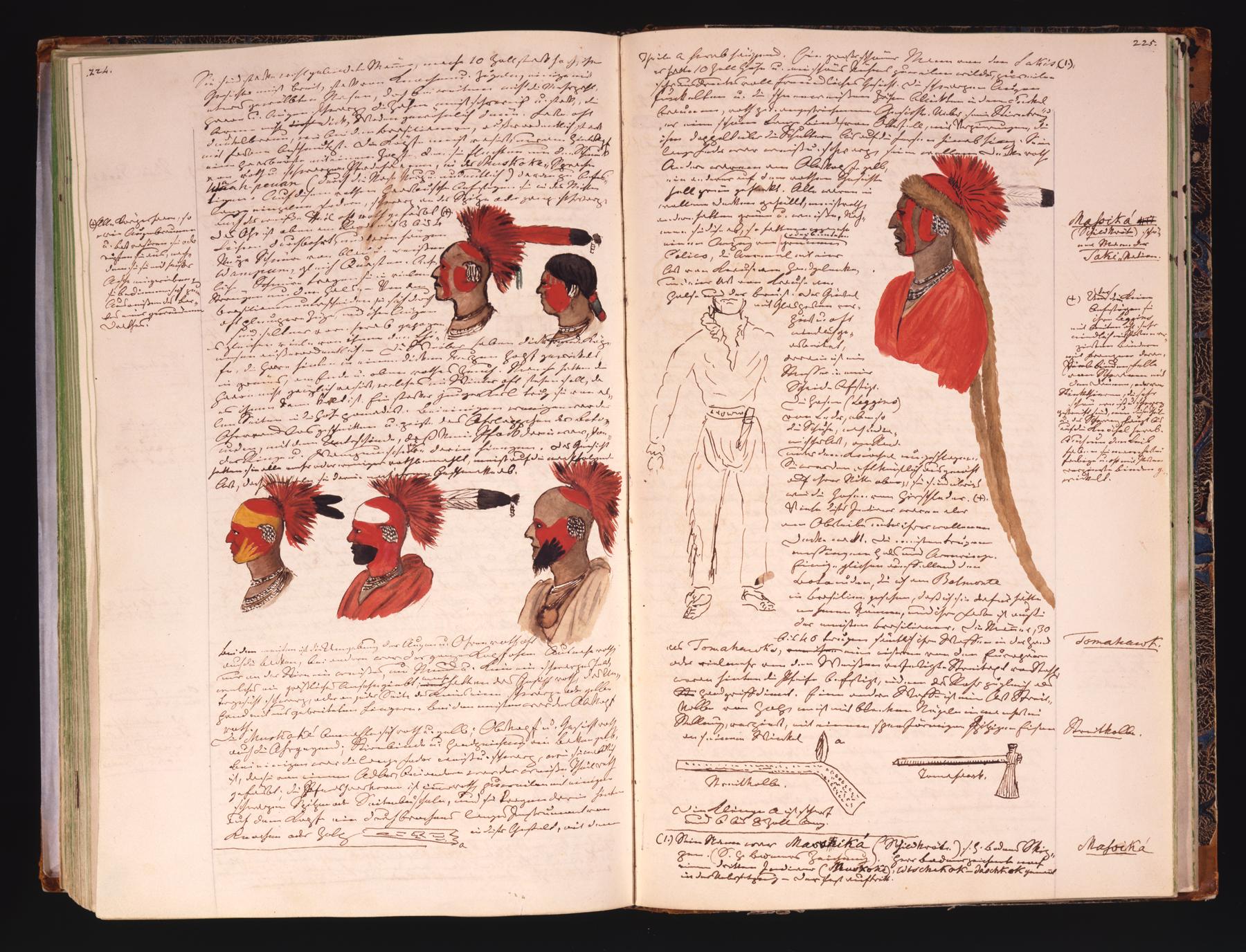