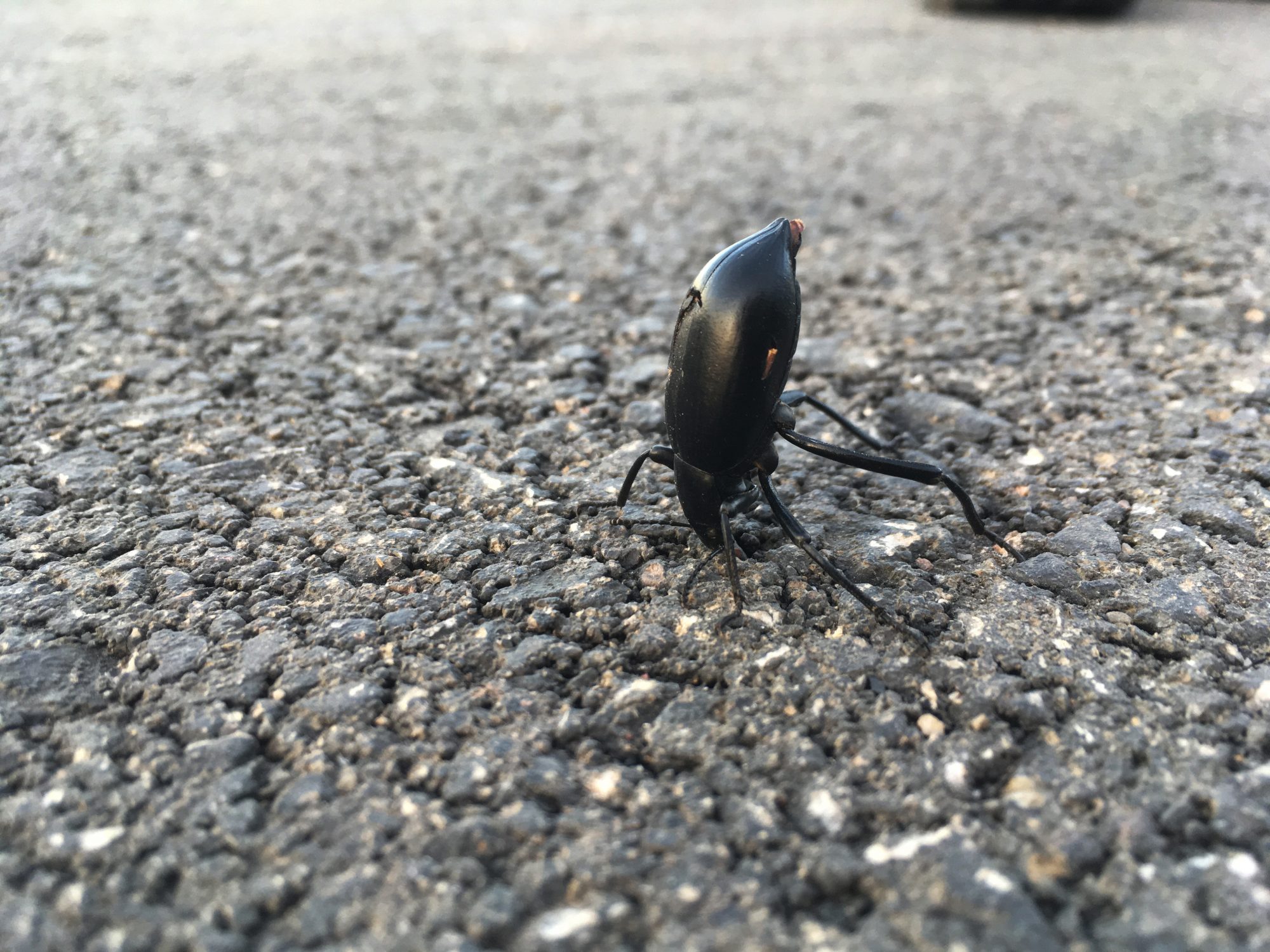 Humans have left this Desert Preserve, but their ghostly voices remain, speaking in poetry.

The road up Tumamoc Hill is empty. Faced with the spread of the COVID-19 Coronavirus–one of the simplest life forms–humans have stayed home. It’s like the whole species, all over the Earth, has gone on retreat. Maybe they are using their large brains to know themselves better. Or they have been timed out for a period, maybe due to behavior issues.

It’s not totally quiet. The coyotes still howl near sunset. Black-tailed gnatcatchers peep, and canyon wrens yodel. Seed bugs crunch on brittlebush, deer browse on roadside plants. Shiny black Pinacate beetles clank across the pavement in safety. They no longer need to stand on their heads to ward off threatening hiking boots. Giant golden carpenter bees defend their space within creosote bushes on the summit, loading the air with perfume, hoping to get lucky.

The soft murmur of conversation is missing though. Humans like to talk while they walk: on the road, a series of social bubbles emerge, made up of friends walking together, each group self-enclosed and seemingly unaware of the others.

Over the past several years, whether I stood in place, or walked with or against the flow of people, the soundtrack was the same. As hikers passed, I was able to hear or record only a few seconds of each conversation as the words faded into, and out of earshot. I copied these fragments exactly as they were spoken, and arranged them into an order that made intuitive connections to me. It was like making a collage, or piece of music from materials immediately available in the moment.

With minimal editing, I found these snippets of language read like poetry. It’s like hundreds of people contributed to a poem, each absorbed in their own stanza, not knowing what the person before or after them wrote.

Taken out of context and rearranged, the fragments of many conversations form a new, larger, and unexpected context.

The lines that are together come from the same conversation. The extra spaces separate conversations, which may have taken place days, months or years apart. It’s all private and anonymous, as I didn’t know any of the people.

My conclusion is that, in the desert, people speak in lines of poetry. Here are some samples.

I’m not giving her
any ice cream tonight.
The bitch.

She did make bad choices with her…
She had that boyfriend…

And then she got married.

I love you so much.
Ok bye.

Sometimes I mistake a gateway for a vortex.

I’m going to help you
because I know them all.

No, because they have all this stuff.

And then he told her, uh, uh,
that her seed was going to step on the head of the viper…

I’ve never seen a snake,
but I saw a giant tarantula once.
That was kind of cool.

That’s when I stopped drinking soda.

Let’s just say it was orange and a shade of dishwater.

But, she didn’t know that.

You would think they’d have wanted the inside of it out.

The solar system and the planets.

They say scorpions are blind. They just rub against…

Emily says she just wants one slice,
but I think I’ll order a whole pizza.
Do you think that will be enough?
They are pretty big.

When you love somebody, you do.

You were jumping up and down
Clapping your hands?

I found an old Box

I found an old box of letters,
very sentimental,
and I took them up to the mountain
and I burned them one by one

I can’t help how I feel about things.

Just look to your right—
There’s a golden array of sun and clouds.

I had to tell a really good friend
Who expected me

I said I’ll give you one unplanned pregnancy.
But not two.
What do you expect?

We are accountable
for our actions and our words.

There’s always a better way
for me to say what I just said.

We’re holding up the sky!

One thought on “All’s Quiet on the Mountain”