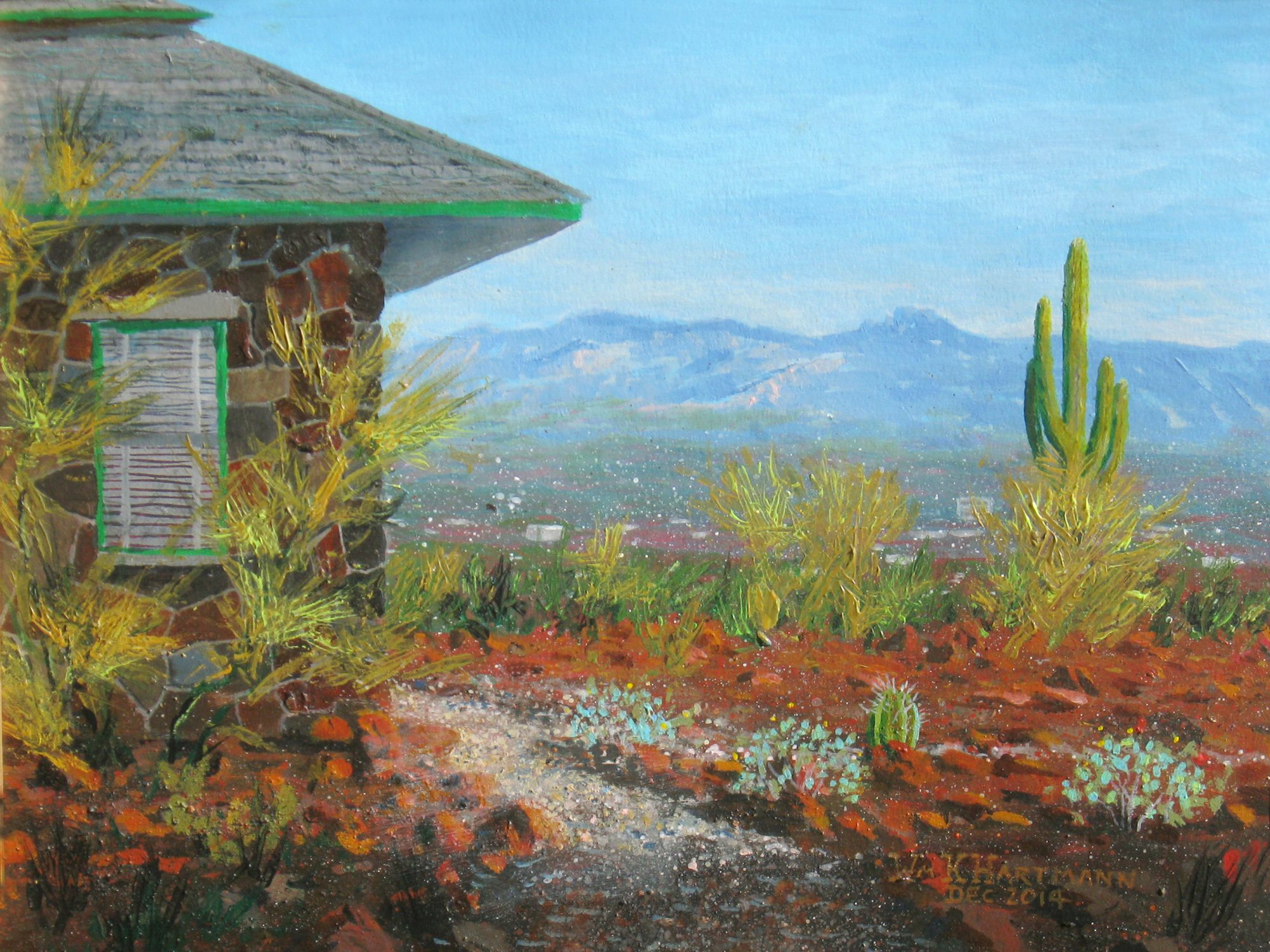 In our series of posts in which the artists of Tumamoc are sharing our current and past visualizations and impressions, I’m pleased to present scientist and artist William K. Hartmann’s acrylic painting of Tucson as seen from the corner of the old Chemistry building (Building 802, built in 1915). As we continue to keep our distance from each other and the Hill, it’s nice to see another view.

(William Hartmann is a noted planetary scientist and writer. He was the first to convince the scientific mainstream that the Earth had once been hit by a planet sized body (Theia), creating both the Moon and the Earth’s 23.5° tilt. He is also an accomplished artist, often depicting space, but also subjects closer to home, such as Tumamoc Hill. You can see of his beautiful Gran Desierto paintings as the illustrations for Gumersindo Esquer’s Campos del Fuego, published by the Desert Laboratory.)

One thought on “View from Tumamoc: by Bill Hartmann”