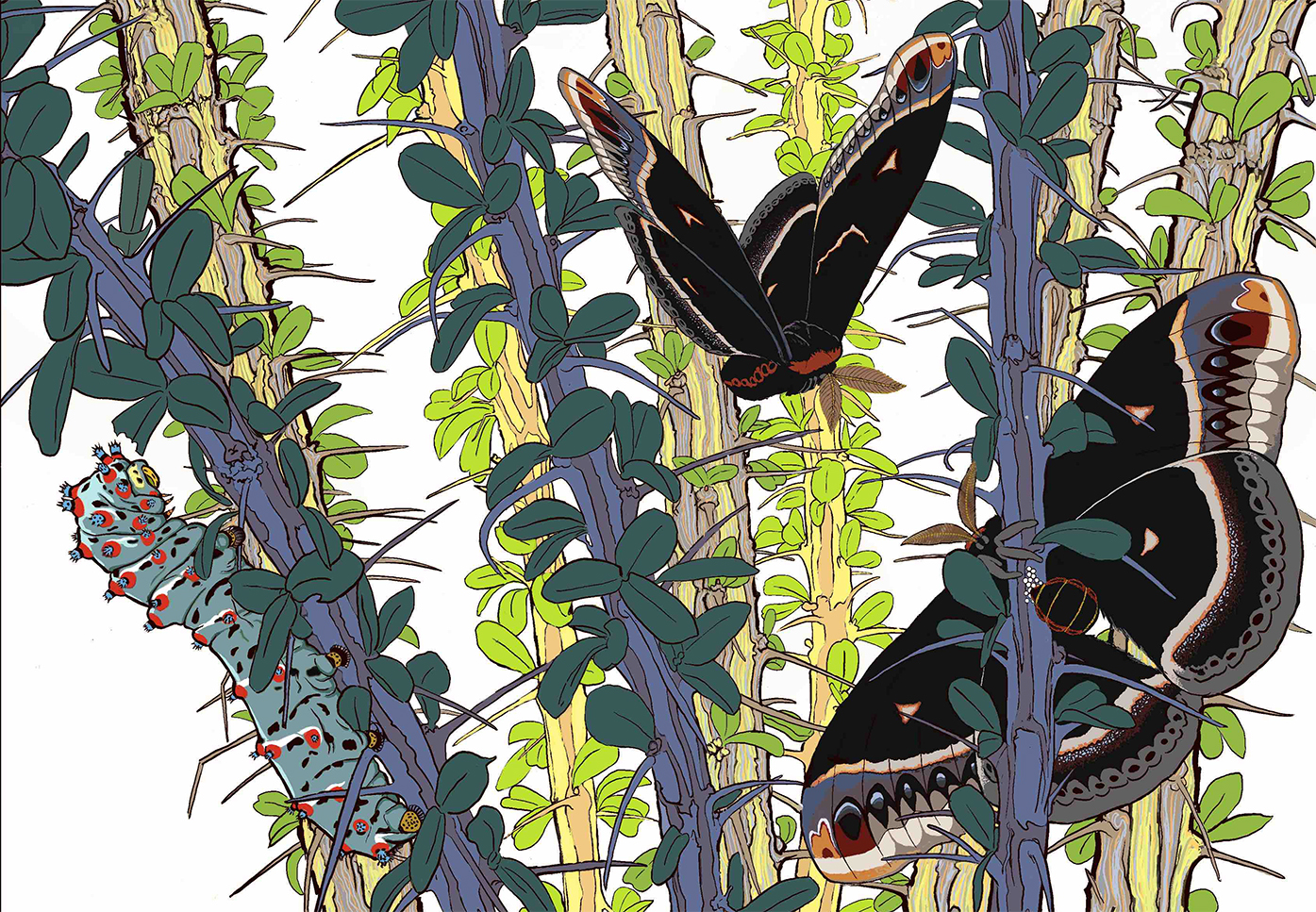 We don’t usually see what goes on in the mind of an artist as we look at the final art. But what we see is just the tip of the iceberg. The creative process can’t be defined or put in a list of steps. Often more ideas get tossed out than are finally used. Most of that process is personal and kept secret. I’ve asked Tumamoc artist Barbara Terkanian to explain some of her thinking as she develops her current graphic novel project.

I’m in the middle of writing and illustrating Red Flowers, a graphic story about ocotillos. In this article, I’m sharing things I’ve discovered as I create my first graphic tale.

One theme in Red Flowers is the visual richness of the Sonoran Desert. To showcase that richness, I chose to present Red Flowers in a graphic (ie. comic book) format, allowing me to create colorful drawings of plants, animals, and landscapes. Another theme is the rewards of nature observation. My first character is an adept observer: a bright, inquisitive tomboy named Hazel. She’s only 11 or 12, but she already knows a lot about the desert.

I gave Hazel a companion as interested in the desert as she. The second character is quite different from her: Smart and curious (as is Hazel), but new to the desert. A visitor whose experiences and perceptions contrast with hers. I took the notion of “visitor” to an extreme and decided the second character would not be from Arizona or the US or even from Earth. Instead, it would be an extra-terrestrial, stranded in the Sonoran Desert, urgently trying to understand its new surroundings.

Inventing extra-terrestrials is fun. How about a little one who can fly? Maybe it’s more plant than animal? I gave the character some abilities, built a backstory and decided “it” was actually a “he”. The next step was to figure out what the character (named Ixopp Two) would look like. In graphic stories, characters and settings are drawn repeatedly and must appear consistent from panel to panel even as perspectives and positions change. So, I drew studies of each character’s appearance before creating story pages.

Below are my first sketches showing four legged and legless versions of Ixopp Two with wings, stalk eyes and no mouth. He looked suitably strange, but I discovered that although a plant creature probably doesn’t need a mouth, the character does. Graphic stories are strongly visual, so a character’s emotional reactions are drawn rather than written.

We immediately recognize human facial expressions like happiness and anger but find it challenging to identify those expressions if the mouth is hidden. I first considered making a glossary of Ixopp Two’s eye expressions but discarded the idea. Decoding his reactions would distract readers from the story’s fundamental theme- the total coolness of the Sonoran Desert. That’s why Ixopp Two emotes like a person but never uses his mouth for eating (he’s a plant, remember!).

Page three of Red Flowers shows the final version of Ixopp Two being pursued by a Western kingbird. He now has four leafy wings he can adjust to become limbs, a bud-shaped head, and a mouth he’s using to express alarm at the gigantic, 22cm (8.75″) bird tearing after him.

I hope the completed Red Flowers will give readers a lively, enjoyable view of Sonoran Desert dynamics, including the evolving negotiations between ocotillos and pollinators. That’s coming up next!