THIS PAST SPRING, artists met weekly on Monday?mornings on Tumamoc, to work out in the wild open landscape, with their chosen medium, on whatever caught their attention. There are no special requirements for artists or writers to work on the Hill,?except that the usual?rules respecting Tumamoc boundaries apply and all the work is done on the on the 860-acre landmark site, although some people continue working in their studios from work started on location. Either way, everything begins with direct experience on the Hill. We call this site-based, or place-based work and many people have found a benefit in?limiting their artistic explorations to within certain boundaries. ?

It’s been a busy time for me, and I haven’t posted all the work done during these Mondays on the Mountain. Yet.?I try to photograph everything during the discussions that usually end the drawing sessions, but I miss some of it. Everything looks good against the warm gray colors of that rock wall. In the next few posts, I’ll show some of this work in a brief format.

Bill is a planetary astronomer, artist, and writer. Besides ?painting on Tumamoc, he once convinced the scientific world that ?the earth’s moon was created from a cataclysmic collision with a small planet around 4.5 billion years ago. This “Big Splash” hypothesis probably tilted the earth’s axis to the current 23? creating our seasons of the year. Good job.?

On March 9, Ries Lindley, botanist from the University of Arizona Herbarium led us on a walking sketchbook tour of the Tumamoc road. The botany was so interesting that most people became more absorbed in the science rather than their sketchbooks. This is not a problem because botany and drawing?feed into each other and we’ll follow up on this more in the future. 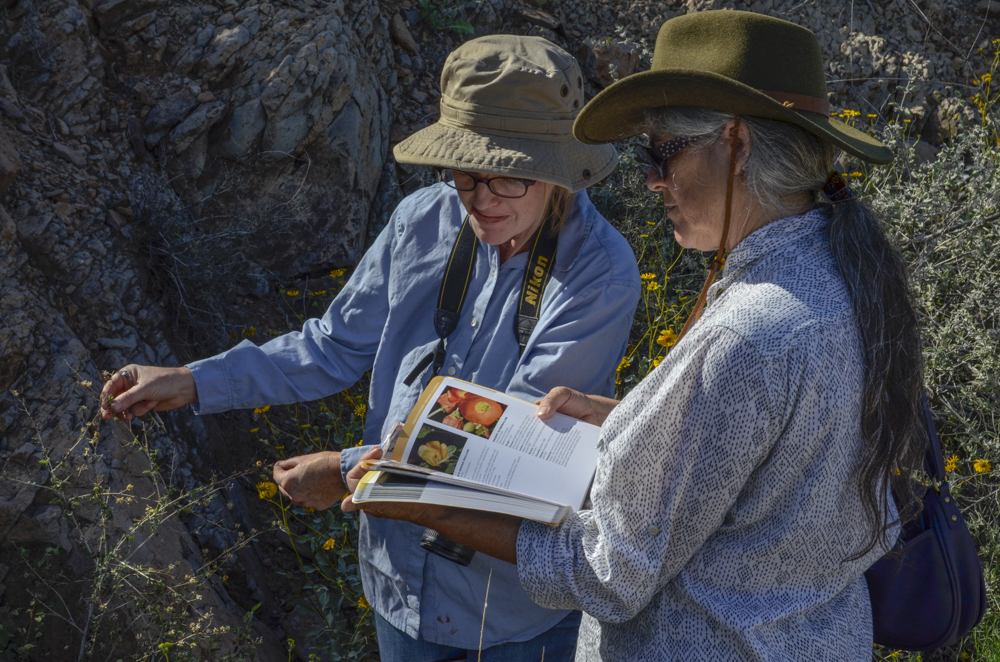 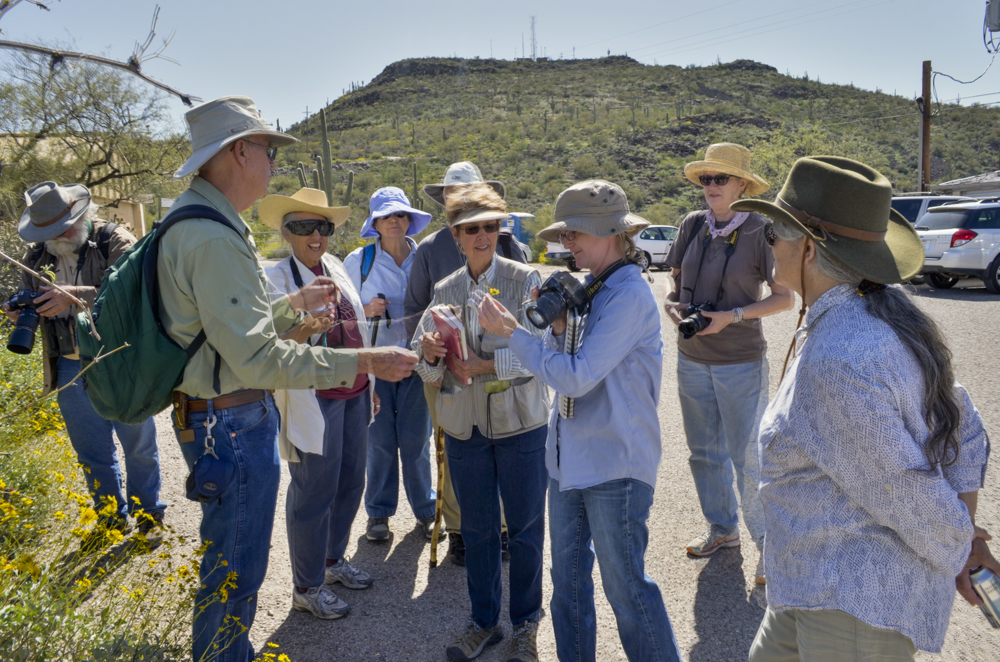 That’s French for painting out “in the open air.” To many people, especially those in the?Tucson Plein Air Painters Society,?En plein air sounds?better than the English.?On Tumamoc, the air, views, and space, the?wind, all seem to go beyond expression in either language. Click an image?to enlarge it.

2 thoughts on “Mondays on the Mountain”